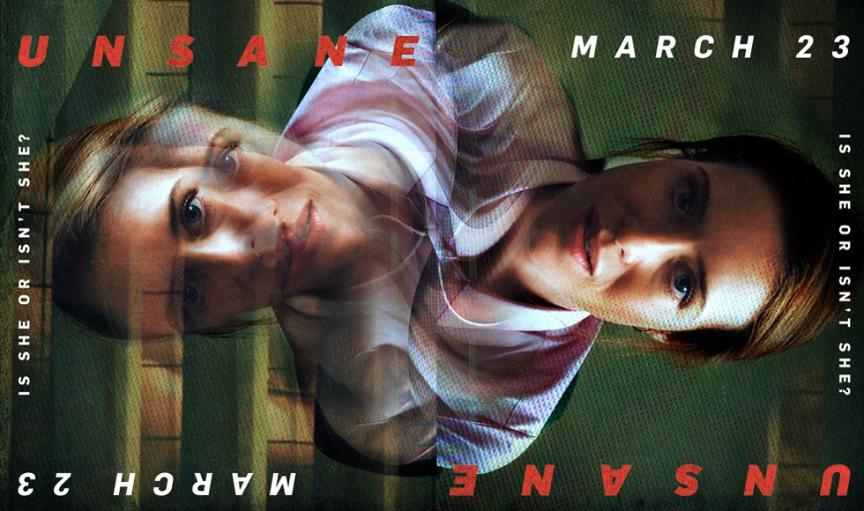 Director Steven Soderbergh (Ocean’s Eleven, Magic Mike) filmed Unsane entirely on iPhone, this might sound like a strange choice however his decision helps add to the claustrophobic feel of the movie.

Claire Foye (The Crown) is terrific in the role of Sawyer Valentini, a young woman who has been forced to move from Boston to Pennsylvania in order to escape the unwanted admiration of a male who has been continually stalking her.

After finding that the move doesn’t alleviate her fears she seeks help from a support group for victims of stalking who in turn direct her to The Highland Creek Behavioural Centre.

After making an appointment she is given a one to one therapy session and in a throw away remark says that in the past she has had thoughts of killing herself. She is then asked by the therapist to sign some routine forms and after she does so she finds that what she has signed is her consent to be voluntary committed to the Behavioural centre.

Stuck in a ward with patients who have obvious mental health issues Valentini tries to convince staff that she is completely sane and is being held against her will.

Queuing for her daily dose of medication she comes to the conclusion that the nurse administering the medication bears a striking resemblance to her stalker and lashes out at the staff.

It’s from this point on where you start to wonder if Valentini is indeed insane and perhaps she is in the right place to get the help she needs.

Unsane is pretty good up until this point however once the reveal is made and the tension is broken it does tend to feel a bit like a routine horror movie.