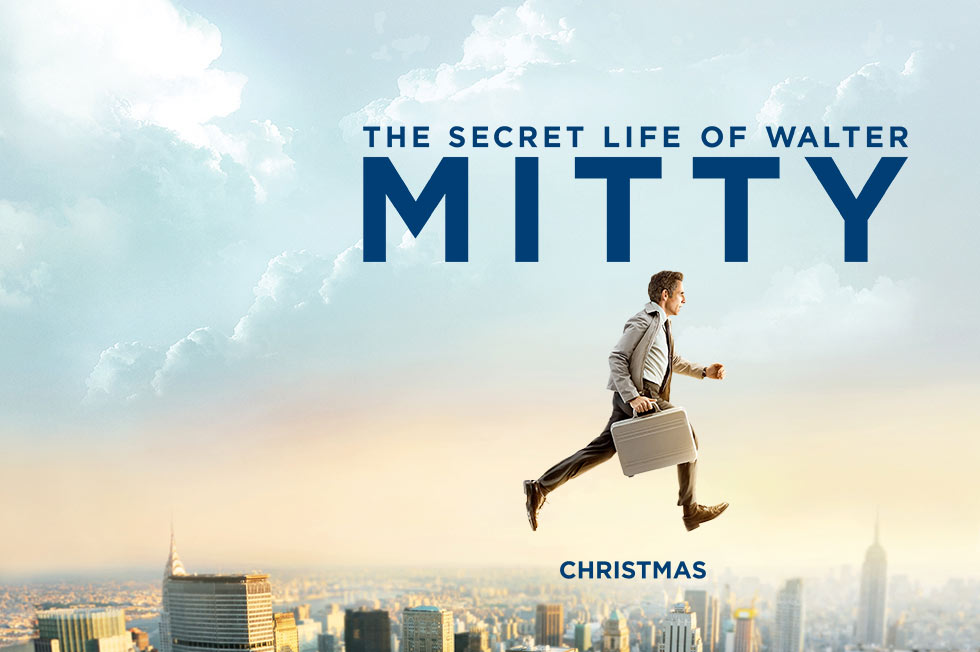 Directed by and starring Ben Stiller, The Secret Life Of Walter Mitty is the second adaptation to take place of James Thurber’s 1939 short story of the same name, a story that’s seen its title character become synonymous when describing a daydreamer, someone that lives strongly in their own mind, a moth that dreams of one day becoming a butterfly.

In this version Walter Mitty is a negative asset manager at Life magazine. He lives a drab existence, disappearing into his own fantasy world of various adventures of which he is always the hero and in his head fawns over co-worker Cheryl (an under-used Kirsten Wigg). But dark times loom at the magazine with the appearance of Ted (Adam Scott), a transition supervisor tasked with making the company an online only publication and ending the printed copy.

When famed photojournalist Sean O’Connell (Sean Penn) sends a new negative that's to be used on the cover of the last magazine, it’s mysteriously missing from the package. A conversation with Cheryl then motivates him to track down the whereabouts of O’Connell and the negative. This sends him on a trip to places such as Iceland and Greenland.

The problem with the film is not that it's bad, it's just not what you would might be expecting. Anyone going along, thinking that they're in for a laugh out loud comedy, as in the 1947 version starring Danny Kaye, is going to be in for a bit of a disappointment. All this version has in common with the previous Walter Mitty is the title.

The scenery is amazing and the film is beautiful to look at, however Mitty's story is just not very interesting. After some initial scenes where Mitty drifts off into some fantasy world, one even resembling a superhero action movie, what we are left with is basically a road movie.

Stiller is good and there is something warming about the film. However it's more art house than multiplex fare and a lot of people are going to be left sorely disappointed.