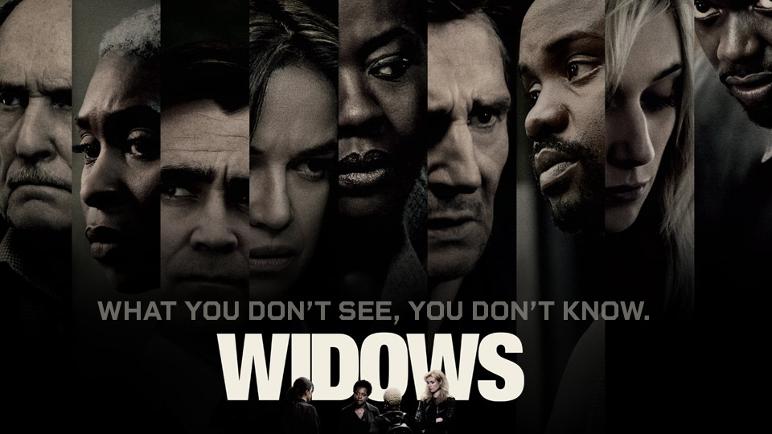 Based on a 1983 British TV crime series Widows, 12 Years a Slave director Steve McQueen has updated the story and moved the setting from the UK to Chicago.

Widows begins with a bang, literally, as Harry Rawlings (Liam Neeson) and his gang make a mess of a robbery causing them to become engaged in a shootout with the local police. Things inevitably don’t go their way and the gang end up incinerated along with their stolen loot.

After Harry’s funeral his grieving widow, Veronica (Viola Davis) is approached by a local gangster Jamal Manning (Brian Tyree Henry) who insists that she’s responsible for Harry’s debt and he wants her to return the stolen $2m and if she doesn’t she’s going to end up in the same position as Harry.

Finding a blueprint for a robbery that Harry was arranging, in order to carry out the heist, Veronica enlists the help of the other widows from Harry’s gang.

Along with single mother Linda (Michelle Rodriguez) and downtrodden Alice (Elizabeth Debicki) the widows set about their plan to steal the money that Harry had planned to steal had he not being killed.

Widows is not purely about the female cast however as there’s also a concurrently running subplot that sees Manning up against devious politician Jack Mulligan (Colin Farrell’s) for control of a Chicago ward.

Anyone going to see Widows expecting a heist movie like the recent Oceans 8 is going to be disappointed as Widows is more about the characters than the actual heist, which takes up no more than 15 minutes of the actual running time.

Widows slow paced character driven story won’t be for everyone however there’s a lot to enjoy as we watch the twists and turns as Veronica’s team of amateurs are transformed from grieving widows to would be robbers.