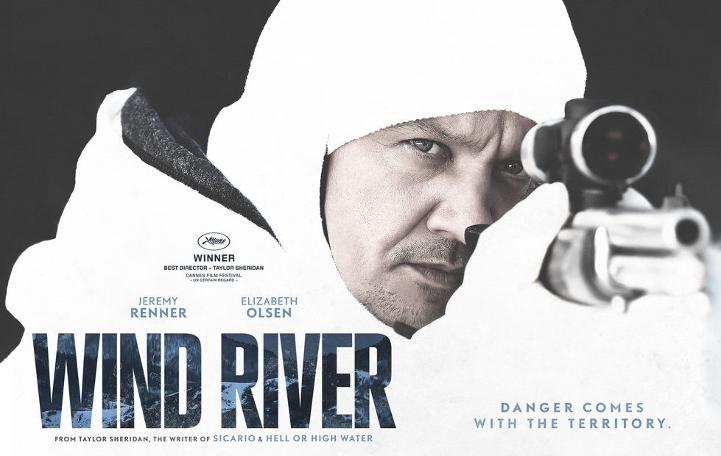 Directed by Taylor Sheridan, the Oscar-nominated screenwriter of Hell Or High Water and Sicario, Wind River is a nail biting thriller that’s possibly one of the best movies of the year so far.

Jeremy Renner, giving one of the best, if not the best, performance of his career, plays Cory Lambert a tracker who works for the US Fish and Wildlife Service on the Wind River Indian Reservation in the wilds of Wyoming. His main job is tracking down wolves and big cats’ that threaten the local livestock. Lambert is out on one such hunting trip when he comes across the frozen body of 18-year old Natalie Hanson (Kelsey Chow).

Hanson has been sexually assaulted and when rookie FBI agent Jane Banner (Elizabeth Olsen) turns up to take charge of the investigation Lambert finds himself having to help the naive detective track down her murderer.

Promising Natalie’s grief-stricken father that he’ll dish out his own form of justice to the killer, Lambert is torn between helping Banner and going all out for revenge.

Beautifully photographed in the Wyoming Mountains you can almost feel the cold biting into your bones as you watch the movie.

The secret of any good thriller is to keep you guessing until the end and Wind River doesn’t disappoint, tense, touching and utterly compelling from start to finish, Wind River makes it a hat trick of successes for Sheridan.