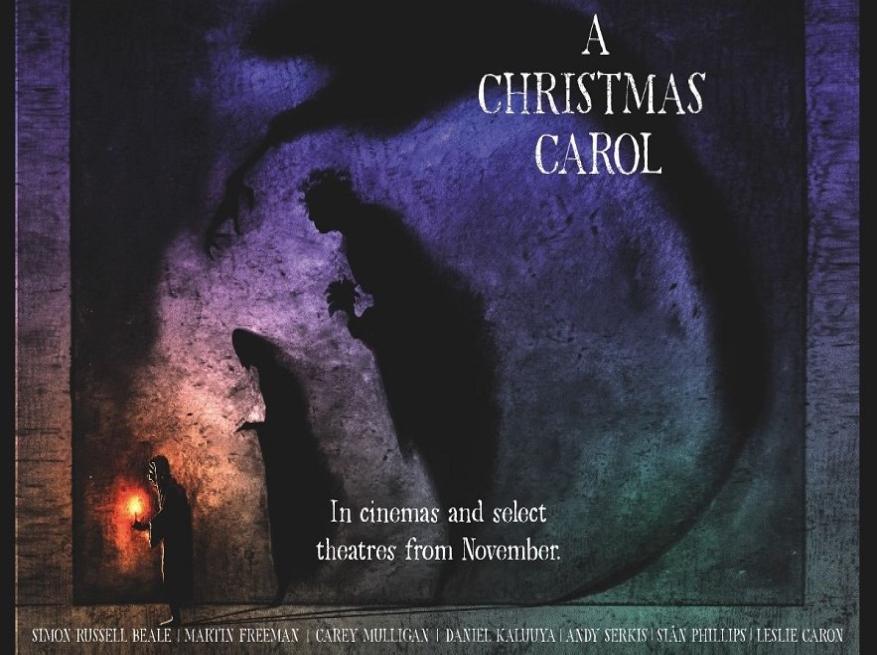 Director and Producer Jacqui Morris said: "My career started with working backstage in the theatre. Theatre continues to inspire and influence my work as a filmmaker today and I have been devastated by the current situation theatres face. Our version of A Christmas Carol offers an immersive, theatre-like experience for families both in cinema and theatres, will delight to those missing out on live dance and pantomime this festive season. I am thrilled to offer theatres a chance to screen the film to help raise funds and keep doors ajar until patrons can return in full capacity. As families have bonded and are staying closely-knit during the pandemic, and although streaming platforms have been great through lockdown, now's the time for families to get lost in an immersive film in a way that only cinema can provide. This is what cinema is best at and I think Dickens’ simple and moving tale of redemption and the power of giving will particularly resonate this year”

Charles Dickens A Christmas Carol is a story that will be familiar to most people, the perennial classic having been told and retold on the big and small screen on numerous occasions over the years, my own personal favourite being The Muppets Christmas Carol.

A Christmas Carol (2020) begins with a Victorian family preparing a toy-theatre for their annual performance of A Christmas Carol. We’re given a brief introduction to Scrooge and then we’re whisked into the imagination of one of the children where the cardboard sets and characters come alive.

The characters are all played by dancers and the story’s played out in mix of dance and mime with a cast that includes, Simon Russell Beale, Martin Freeman, Carey Mulligan, Daniel Kaluuya and Andy Serkis lending their voices to the on screen characters. Scrooge himself is played by former Royal Ballet Soloist Michael Nunn.

A Christmas Carol, which plays out like a stage show, is spectacular to look at with exquisite set pieces and fantastic costuming. The main issue that I had is that it always felt cold and distant and I found it hard to relate and sympathise with characters that never say a word, personally I’ve never been a great fan of showing stage shows in a cinema, part of the magic of a live performance seems to disappear when it’s shown flat on a screen.

There will be those that love this interpretation of the famous story so I don’t want to knock it too much, myself, I prefer my Christmas Carol to contain Michael Caine and The Muppets which probably says more about me that it does about the quality of A Christmas Carol (2020).