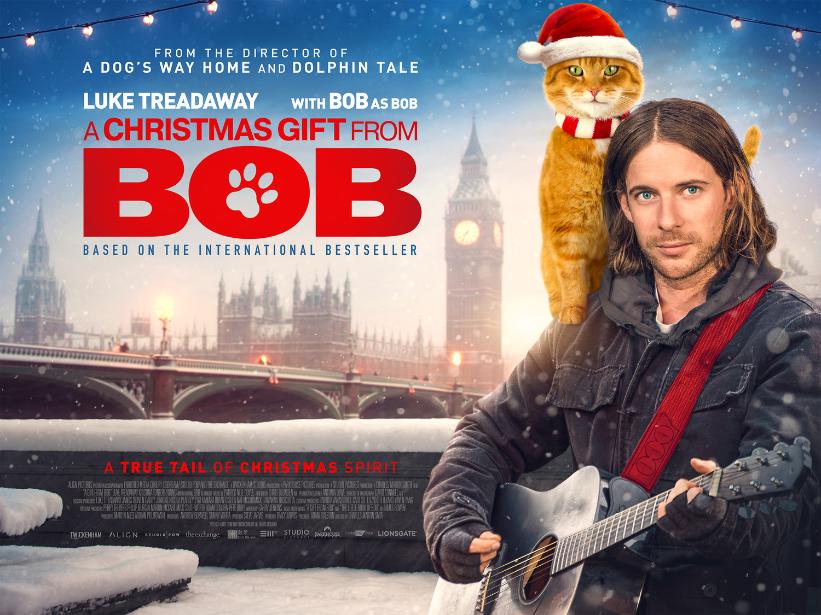 I imagine that the big question for the producers, especially when the first film ended on a happy note, would be where can we go from here? The answer it turns out is pretty simple – let’s tell the same story but give it a Christmas setting and add in some pantomime villains.

The sequel begins with James Bowen (Luke Treadway), after the successful publication of his first book “A Street Cat Named Bob”, stuck in a writing rut. After leaving a publication party and wondering back to his old haunt in London's Covent Garden he rescues a young homeless man who’s been picked on by the local street wardens. Taking him aside James tells him a story about the adventure that he and Bob had during a Christmas past.

The said adventure involves, unsurprisingly, James busking with his trusty sidekick Bob and to add some drama the pair have been spotted by the local animal welfare officers (the pantomime villains) who make it their job to separate Bob from his caring owner.

Director Charles Martin Smith certainly smothers his film with plenty of festive cheer (and numerous shots of a cat looking adoringly at the camera) and enough touching moments to melt even the hardest of hearts.

A Christmas Gift From Bob might not be very original but I’m imagining that fans of Bob’s first outing won’t really care.