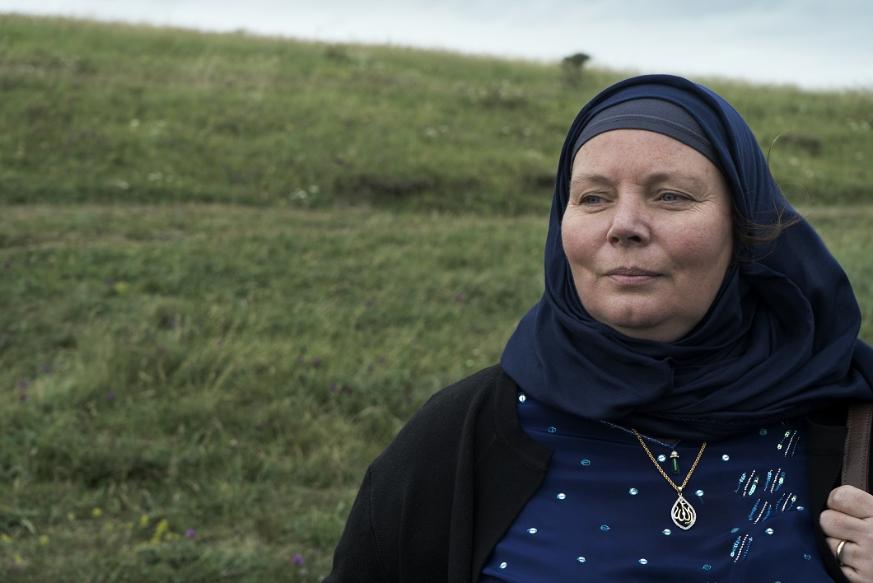 The saying a sailor has a girl in every port has never been more apt than in director Aleem Khanes After Love, saying that the sailor in question only has two ports as he sails a ferry across the English Channel between Dover and Calais.

The girl in England is Mary Hussain (Joanna Scanlan), a convert to Islam who, now in her 60’s, has been with her husband Ahmed, a Pakistani, since she was 14. When Ahmed dies suddenly and Mary is going through his belongings she finds a French ID belong to a female. Racked with curiosity she takes off for French in order to confront the woman and find out more about her dead husbands secret life.

Arriving in France she meets Genevieve (Nathalie Richard) on her doorstep. Flustered and speechless and before Mary can say anything Genevieve, believing that Mary’s the cleaner she’s hired to clean her house invites her in. Rather than saying something Mary keeps quiet and takes on the job of the cleaner allowing her to eves drop on not only Genevieve’s present life but also on her hidden life with her husband. Her quest for the truth as she gets to know more about Genevieve ultimately leads her to even more shocking discoveries about her husband’s past infidelities.

After Love with its slow meandering and slightly hard to believe story, the ease which Mary takes up her role as cleaner feels slightly contrived, won’t be for everyone, it does at times feel like an hour long television drama, it’s perhaps no surprise that it’s produced by BBC films, stretched out to a feature length movie. The long passages where there is no dialogue and where it just focuses on the facial expressions of the actors don’t exactly help the narrative move along. On the plus side both Joanna Scanlan and Nathalie Richard’s are excellent in their respective roles.