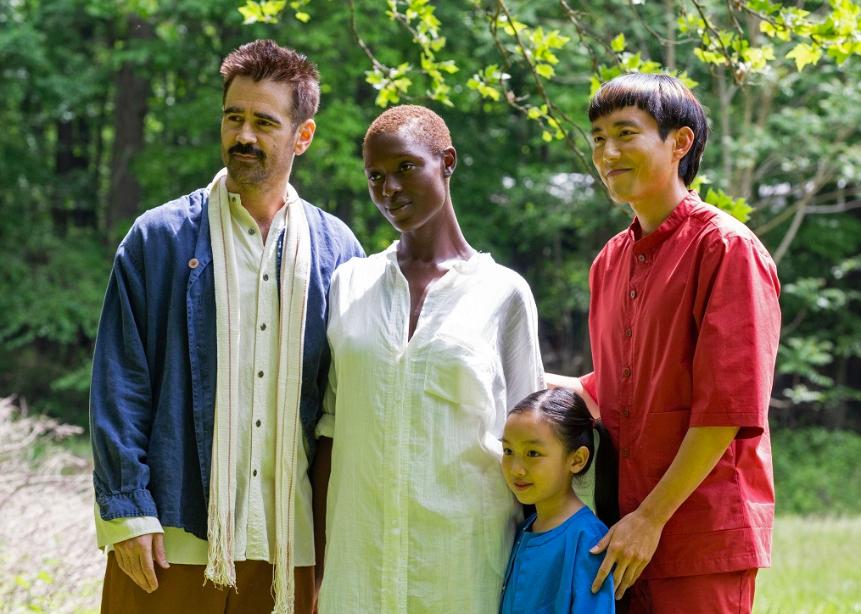 will close the 75th edition of EIFF on Saturday 20 August.

The Closing Gala screening is expected to have the Director Kogonada in attendance to present the film and will take place at the Vue Edinburgh Omni on Leith Street.

‘After Yang’ tells the story of a family who lose their A.I helper, and the profound feelings that the experience induces. When his young daughter's beloved companion — an android named Yang (Justin H. Min) — malfunctions, Jake (Colin Farrell) searches for a way to repair him. In the process, Jake discovers the life that has been passing in front of him, reconnecting with his wife (Jodie Turner-Smith) and daughter (Malea Emma Tjandrawidjaja) across a distance he didn't know was there.

‘After Yang’ had its World Premiere at the Cannes Film Festival in 2021 where it was warmly received by international critics, it went on to win the Alfred P. Sloan Prize at Sundance Film Festival earlier this year. The film is directed and written by Kogonada, based on the short story by Alexander Weinstein. Produced by Theresa Park, Andrew Goldman, Caroline Kaplan, Paul Mezey.

Director Kogonada said “I’m honored and thrilled that our film has been picked to close the 75 th Edinburgh International Film Festival. I hope my schedule allows me to attend in person so that I can present the film on the big screen to the engaged festival audience there.”

Kristy Matheson, Creative Director for EIFF added “As a huge fan of Kogonada’s previous film ‘Columbus’ I could not be happier to be closing the Edinburgh International Film Festival with the director’s latest offering. ‘After Yang’ is an exquisite jewel of a film, boasting knockout performances from some of the finest acting talents from Ireland and the UK. I’m sure audiences will share my enthusiasm for this thought provoking and deeply moving film. Many thanks to Sky Cinema in making the film available to us.”

The 2022 edition of the EIFF programme will include a Carte Blanche series from Kogonada. We’re excited to present this beautiful selection of films, offering audiences a special insight into some of the films that have inspired ‘After Yang’.

This year the EIFF celebrates its 75th anniversary, with a host of soon to be announced films, events and programmes that feed into the film festival’s history of supporting new film talent by connecting audiences with innovative and essential storytellers.

In 1972, the Edinburgh International Film Festival presented the first global film event entirely dedicated to the cinematic achievements of female directors, curated by Claire Johnston, Lynda Myles, and Laura Mulvey. Honouring the spirit of this original programme provocation, EIFF’s 2022 Theme will acknowledge the multiplicity and variety of feminisms in contemporary society across our entire programme with a focus on: contemporary directorial works, two large-scale retrospectives, training, and targeted professional programmes.

Tickets for the Closing Night Gala of ‘After Yang’ go on sale at 12pm BST on Tuesday 21 June at www.edfilmfest.org.uk