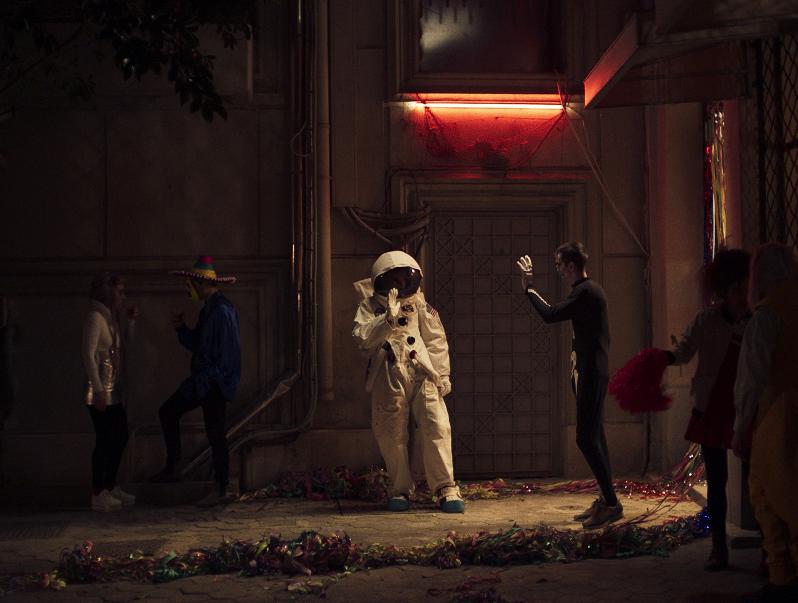 The beauty about film festivals is they give you a chance to experience films that would you would never see screening at your local multiplex.

One example of a film that might slip past your radar could be Apples, a low budget Greek film about a man who suffers sudden amnesia. It might not be high up your list of must see films but to miss this is to miss a small gem.

A debut feature from Greek writer-director Christos Nikou, Apples is the story of Aris (Aris Servetalis) a man who becomes the latest victim of a worldwide pandemic that causes sudden amnesia.

Found on a tram with no identification and no memory of how he got there Aris is taken to a hospital where, in an effort to restore his memory, doctors give him, instead of a name, a number, a flat and various tasks to undertake. Amongst the tasks he has to perform are riding a bike and taking care of a terminally ill patient, after he’s done each task he’s to take a photograph, on an old instamatic camera provided by the hospital, to prove that he’s completed it. It’s during one of these tasks that he meets Anna (Sofia Georgovasili), a patient suffering from the same affliction who’s been given the same tasks that he has.

Apples, the film gets the title through Aris’s love of Apples, is a witty and moving account of ones man’s journey as he attempts to find out who he is and where he’s from. The simple story is made all the more mesmerising by a terrific performance from Aris Servetalis in the lead role.

Apples is a fantastic piece of film making and really shouldn’t be missed.