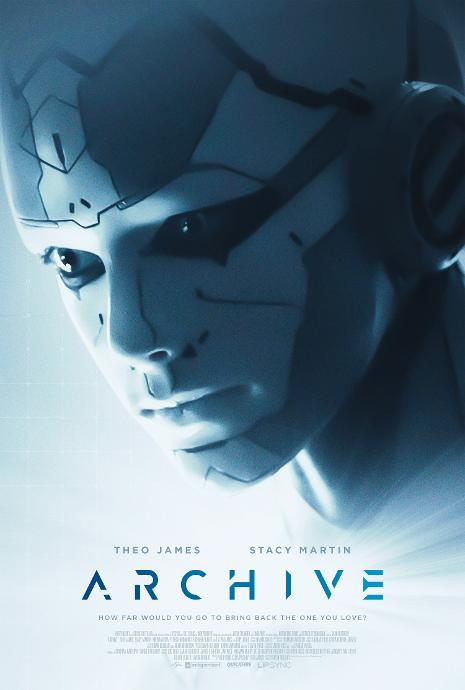 Set in 2038 in a desolate outpost in an unknown location in Japan, George Almore (Theo James) is a gifted scientist who specialises in AI. Having already built two prototypes for a shady corporation, that we never learn the identity of, he is currently working on his third and his most advanced to date.

That part of the plot in Archive is pretty straight forward but as we delve deeper into the rabbit hole that is George’s life things become more complex and for the viewer confusing.

Living alone with only his three robots for company as the pieces are fitted together we learn that George’s partner (Stacy Martin) is dead, but not that dead because in the future you can hire a company to archive your soul and for a period of time, set out in your contract, your love ones can communicate with their dearly departed via telephone. Once the allotted time is up, in George’s wife’s case, three years, then it’s finally time to depart this world.

It’s not too hard to work out the road that Archive is heading down, a specialist in AI, a dead wife, stored memories, the story’s pretty straight forward but it does tend to tie itself in knots at times, plot lines that don’t make sense would perhaps point to a longer version of the film than the one that’s been released.

Archive plays like an extended version of The Twilight Zone with the purpose of the whole story being to deliver the twist at the end. However, for some, I’m not sure that the journey will actually be worth the final payoff.