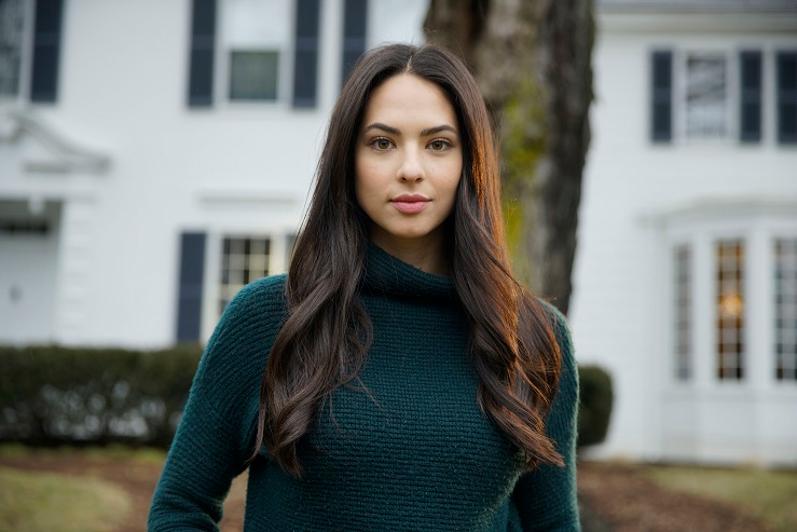 Unceremoniously forced into early retirement from the firm he helped put on the map, by a younger female colleague, Felix is a bit at sea. At home, his wife Anne (Susan Blackwell) gets a promotion that will keep her busier than ever and his grown daughter Grace (Simone Policano) is getting more serious with her new boyfriend and is planning to move in with him. All of this conspires to leave Felix feeling alone, ignored and slightly emasculated. He decides to try out the retirement gift from the firm: a pair of augmented-reality glasses that project a custom-crafted companion onto the wearer’s world. As Felix begins to open up to “Auggie” (Christen Harper), he finds in her the recognition and appreciation he’s so lacking elsewhere and a companion more willing to hang on his every word. Her interest and attention, pre-programmed as it may be, renews his outlook on life and, to his surprise, he begins to fall for her. In a virtual world that feels too good be true (and too real to let go of), Felix struggles to recognize his growing addiction to the technology, its impact on his real-world relationships, and the increasingly blurred lines between the two.

Technology provides us with escapism, emotional support and comfort. At the same time, it has the potential for inflicting emotional suffering and discomfort. AUGGIE explores the struggle to prioritise relationships with people when technology may be able to provide more instant gratification.