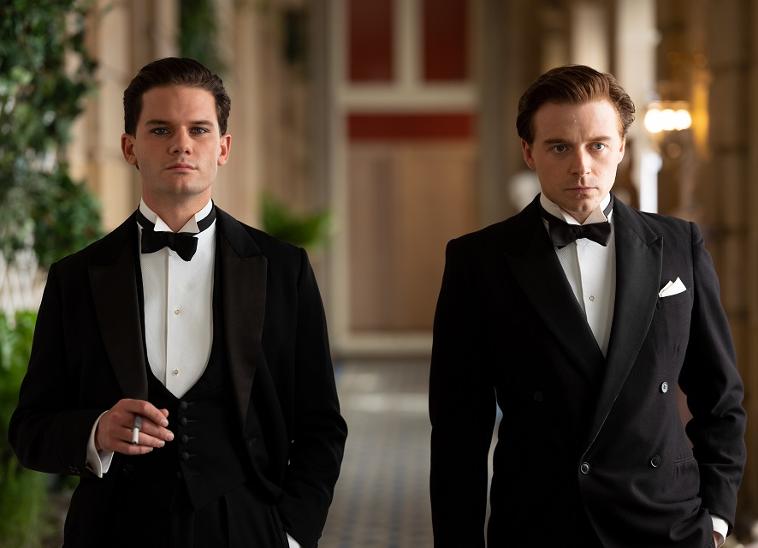 Director Terrence Davis has only directed a handful of films over the last forty or so years, most of them being period dramas and most of them gaining more praise from credits than bums on cinema seats.

His Latest, Benediction, based on the life of poet Siegfried Sassoon, probably isn’t going to change that pattern. Beautifully filmed and well-acted I don’t imagine that a film dramatizing the life of a poet who is most famous for his poems about the horrors of the Great War is going to have todays audience weaned on Marvel films flocking to their local cinema.

Davis’s film is one that will probably find a more grateful audience through other mediums rather than on a cinema screen.

Benediction begins with a young Sassoon (an excellent Jack Lowden) being sent for some mental health treatment, the other option was the firing squad, after he becomes a bit too vocal about the government’s continuation of the war. Sassoon, who is attempting to come to terms with his homosexuality, meets some kindred spirits at the care home, most notably the other great poet of the First World War, Wilfred Owen (Matthew Tennyson). The pair, with their mutual interest in poetry fall in love only for Owen to be packed off back to the front where he is subsequently killed mere days before the amnesty. After that Sassoon seems to dispense with any pretence that he might be straight and jumps in and out of various “male friends” as his mother believes, beds.

Sassoon’s poetry is mostly played against black and white imagery of the war with the rest of the story focusing on Sassoon’s many relationships, most notably with Ivor Novello (Jeremey Irvine giving a performance that doesn’t paint his character in a very flattering light).

It’s hard really too warm to Davis’s film as his characters, with the exception of the young Sassoon, are all so self-centred and dislikeable, eventually the same becomes of Sassoon as even he becomes bitter and twisted in old life (played by a very bad tempered Peter Capaldi).

Benediction is a film about relationships and less about the great poets work which is a shame as I personally would have been more interested in this side of his life rather than who he chose to sleep with.