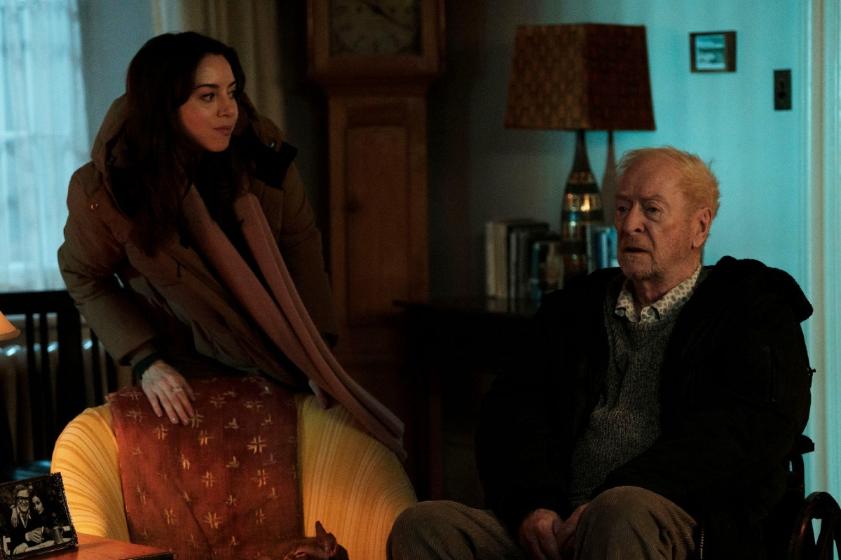 The straight to digital release for Best Sellers says more about the state of the British cinema industry than it does about the quality of the film. In the not too distant past a film with Michael Caine would have opened in multiple cinema screens, screens that are now set aside for the numerous superhero movies or sequels. Now smaller films that deserve to be seen in a cinema are quietly released with no fanfare and, unless you’re an avid film lover, with little audience awareness.

It’s a real shame that Best Sellers is going to have to work hard to find an audience as Caine gives one of his his best performance in years and Aubrey Plaza continuing on from her wonderful performance in Black Bear (2020) proves that she’s one of Hollywood’s up and coming stars.

Best Sellers, directed by Lina Roessler and written by Anthony Grieco, stars Aubrey Plaza as Lucy Stanbridge a publisher’s daughter who, after her father’s death, is left his publishing company.

Saddled with debt that could force her to sell the company she finds, in her father’s paperwork, a contract that contractually obliges famous author Harris Shaw (Caine) to write a second novel. The only problem for Stanbridge is that that Shaw hasn’t written in years and he’s now an elderly recluse who hates the world and everyone living in it.

Spurred on by the need to save her father’s company Stanbridge reluctantly approaches Shaw and reminds him of the contract.

Coincidently Shaw does in fact have a draft of a novel and the pair set out on a road trip to promote the newly released novel. Unfortunately for Stanbridge, Shaw is more interested in drinking than talking about his book.

Best Sellers adds a modern twist to the story as Shaw, thanks to his constant profanities whilst on stage, becomes a social media sensation, becoming more famous for his verbal assaults on his audience rather than anything he’s written. His fame doesn’t get Stanbridge anymore book sales but it does allow her to sell t-shirts with Shaw’s image printed on it.

Best Sellers is a funny and touching road movie. As the story progresses it begins to have a lot in common, if you’ve not seen it I would give away any spoilers, with the recent Billy Crystal and Tiffany Haddish film, Here Today.

In years past we would have been talking about awards for Caine now we’re probably more likely to be talking about where we can watch Best Seller. Best Sellers is a gem of a film and is certainly worth searching out. Highly recommended.