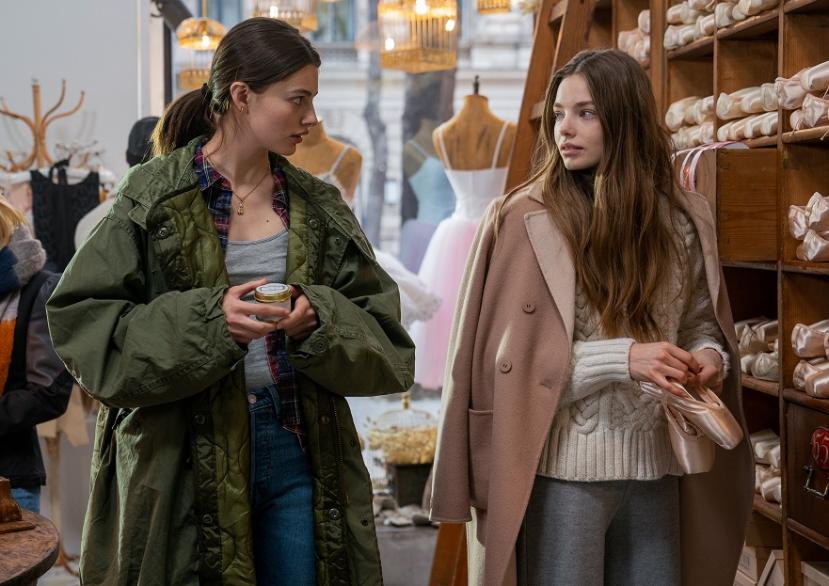 Ballet films are never normally the most exciting of film genres, in fairness there haven’t been many and if you can recollect one or two it’s probably Darren Aronofsky's Black Swan (2010) starring Natalie Portman or if you are of a certain age director Michael Powell’s and Emeric Pressburger’s 1949 classic “The Red Shows” might come to mind.

Based upon the 2019 novel Bright Burning Stars by A.K. Small, Birds Of Paradise adds a youthful touch to what at times can be, if you’re not a ballet fan, a hard watch.

In a sort of Paris has got talent kind of way students at a Paris ballet school compete for the prize of prestigious ballet job at the Opéra national de Paris. It’s into this cutthroat world that Americans Kate Sanders (Diana Silvers) and Marine Durand (Kristine Froseth) find themselves. Complete opposites in terms of their upbringing, Durand is the daughter of the US ambassador to France whilst Sanders father has had to scrimp and save in order to send his daughter to France.

The story is pretty predictable, enemies at first the girls soon bond and come together in a common goal to be the last ones standing at the auditions.

Beautifully filmed and acted, Jacqueline Bisset in a rare screen outing is wonderful as the scornful head of the school, Madame Brunelle, and with some terrific dance scenes, Birds Of Paradise is an enjoyable watch that will most likely be best appreciated by fans of ballet.