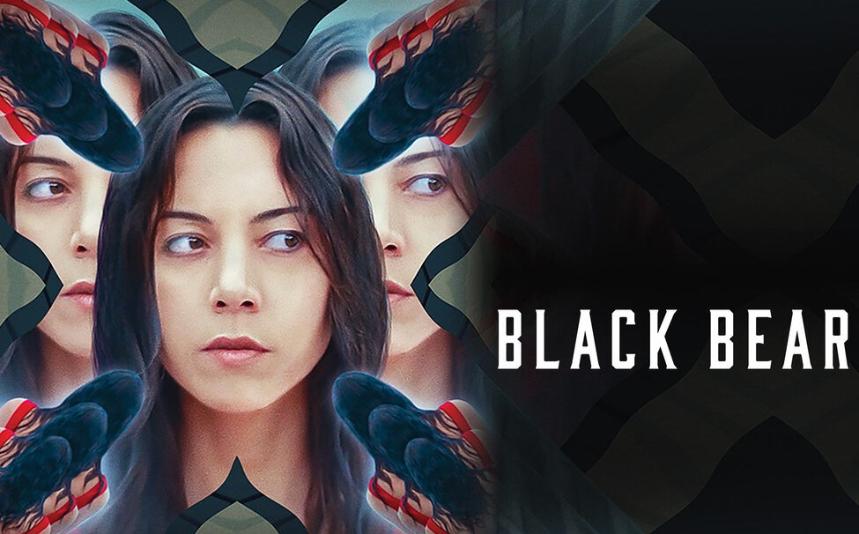 Black Bear written and directed by Lawrence Michael Levine is a story told in two acts. The first act sees a filmmaker called Allison (Aubrey Plaza) arriving at a remote house owned by a young couple, Gabe and Blair (Christopher Abbott and Sarah Gadon). Her plan is to relax, recharge her batteries and try and come up with an idea for her next film. Unfortunately after a boozy dinner on her first night sexual tensions start to boil over leading to friction between herself, Gabe and Blair.

The second act sees Allison forming part of a film crew at the same location. Struggling to cope with the pressures put on her by her director husband (Christopher Abbot) she begins to break down after she starts to suspect that he’s having an affair with her co-star (Sarah Gadon).

The jarring jump from the first act to the second act is going to take most viewers by surprise. Why it’s done isn’t revealed until the very last line of the film by which time I would imagine most casual viewers might have given up, but don't, whilst the story might be questionable the acting certainly is not. Aubrey Plaza is excellent in her role, so good in fact it makes you wonder if the whole crazy scenario has only been set up to give Plaza a platform to show off her considerable acting skills.

If there is one thing that Black Bear proves it's that Aubrey Plaza has the talent and the skill to hold an audience. Plaza is mesmerising in every scene that she is in and easily gives the best performance of her career.