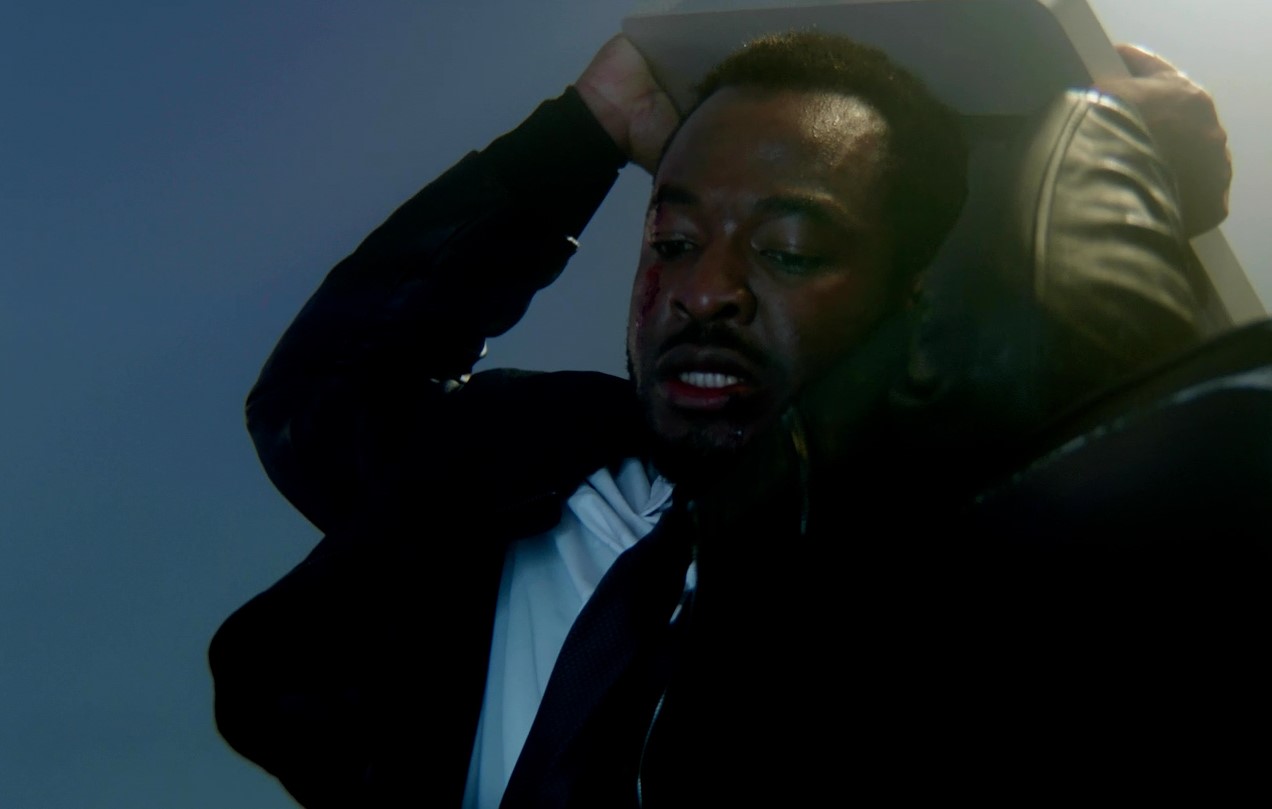 Famous in his home country for making films such as Last Flight To Abuja (2012), The Mirror Boy (2011) and Onve Ozi (2013) it’s safe to say that Nigerian filmmaker Obi-Emeloyne’s name isn’t as nearly well known here in the UK as it is in his home country. Aiming to change that Emeloyne’s latest film, Black Mail, which as well as directing he also produced and wrote, is getting a pretty wide UK cinema release.

Looking for help and unable to confide in his wife (Julia Holden), the couple are on the verge of breaking up so a disclosure that he’s been blackmailed might not go down well, Chinda turns to his manger and friend Ruben (Alessandro Babalola) for help.

Ditching the police Chinda and Ruben then take it on themselves to track down the blackmailers before they can release Chinda’s finest moment onto the internet.

Black Mail is the type of low budget action thriller that you would normally expect to see going straight to DVD, the acting from some of the supporting cast leaves a lot to be desired, but thanks to it being elevated to a cinema release Obi-Emeloyn’s film is more accessible to a wider audience. Whether you enjoy it or not will more than likely depend if you have a liking for low budget dramas and Emeloyn’s unique style of film making.