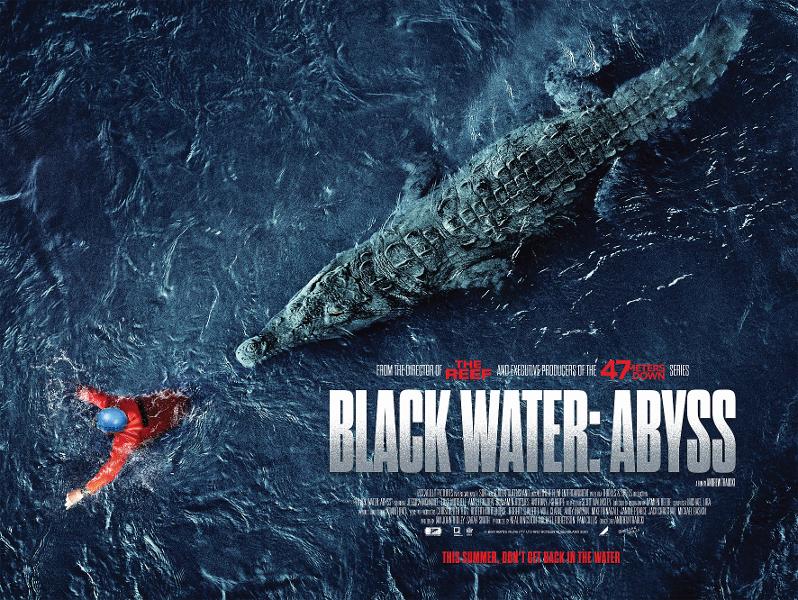 With Covid shutting most cinemas in the UK, and the major Hollywood studios keeping their releases in storage until later in the year, the cinemas that are open are crying out for product. To fill that gap distributors are releasing a number of films that, if we’re being honest, probably would never have seen a cinema screen and would have more than likely been consigned to the straight to DVD market.

One film that fits that criteria is Black Water: Abyss an Australian horror film that sees five not so bright explorers deciding to venture into an uncharted cave system just as a tropical storm is forming in the area.

As they descend deep into the cave and the storm gets worse they realise that they’re trapped by the rising water, and to make matters worse, they’re not alone and have the company of a giant crocodile.

As the water rises so do the stakes as one by one the unlucky explorers find themselves served up as crocodile lunch.

The plucky cast, including Luke Mitchell, (Agents Of S.H.I.E.L.D.), Jessica McNamee, The Meg), Amali Golden, (The Invisible Man) and Benjamin Hoetjes, (10x10), all do their best but are hampered by a script that, at time, is totally ridiculous – no spoilers but the ending will probably raise more laughs than screams.

Black Water: Abyss is not without its merits, director David Nerlich, who directed the first film in the series Black Water, does bring some tension and excitement to the proceedings. However watching Black Water: Abyss your mind can’t help being drawn back to last year’s Crawl which had a similar theme but was infinitely superior in every way.