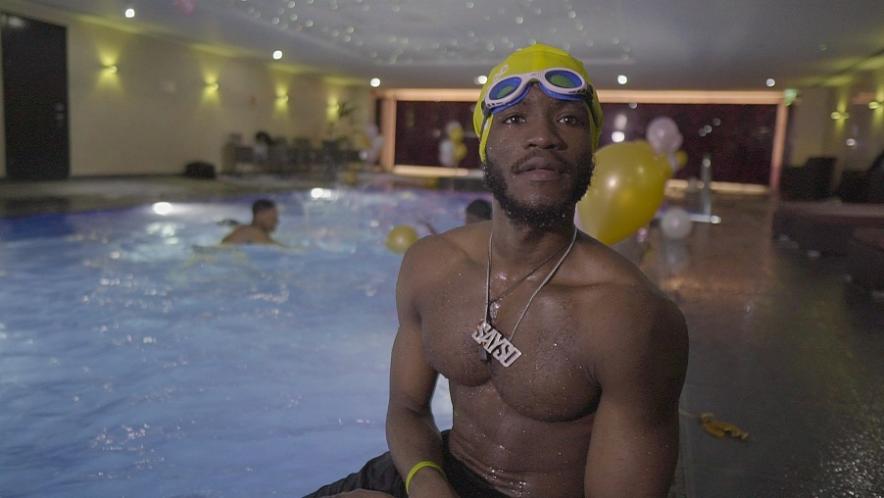 Blacks Can’t Swim: The Sequel told the stories, fears and anxieties of 14 to 26-year-olds and the reasons why they do or do not swim. Blacks Can’t Swim: REWIND speaks with the parents and adults within the African, Caribbean, and Asian communities to understand the effects their relationship with water has had on their children.
Blacks Can’t Swim: REWIND follows two separate stories – that of both a 15-year-old boy and a girl. Both struggle with the effects of the stigmas and stereotypes that have helped shaped the narrative and thought process as to why a disproportionate number of Black and Asians in England do not swim. Javell is a 15-year-old boy, from a low socioeconomic background struggling with general direction and motivation of realistic career and life choices. He is presented with a career choice that could change his life forever, but will his disengagement with swimming be an obstacle?
Tyra is a 15-year-old girl from a middle-class background who has swum all her life and has the prospect of becoming an elite swimmer. Now, however, she is experiencing social, emotional and physical changes, which are making her consider walking away from swimming altogether.
Blacks Can’t Swim: REWIND is an evolution of Blacks Can’t Swim: The Sequel, and the original film documentary, A Film Called Blacks Can’t Swim, which included interspersed interview footage and animation about Accura’s own fear of water, which eventually led to him taking swim lessons.