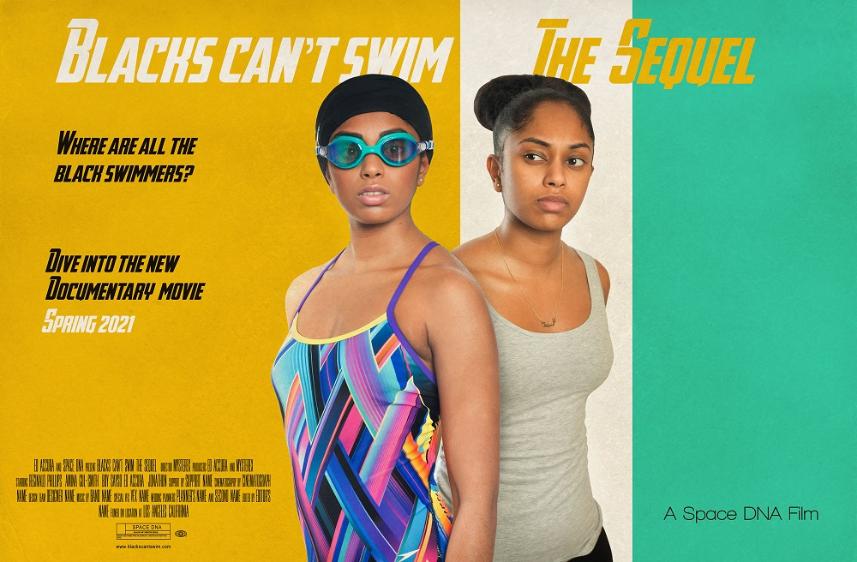 'Blacks Can't Swim: The Sequel' follows the success of Accura and director Mysterex's first film last year that dove into reasons why 95% of black adults and 80% of black children in England do not swim. The sequel combines acting and documentary style interviews with Black teens and adults in an attempt to action change from the ground up in local communities.

Layla and K-Frost are two Black teens from a south London council estate. After enrolling in a community program designed for young adults with disadvantaged backgrounds, they soon learn that they must face their ultimate fear, the water, to complete it. They find a mentor in Frank (Ed Accura), a new swimmer who has recently overcome his own personal barriers. Fuelled by true testimonies, this deeply thought-provoking film tackles the age-old myth that Black people can't swim head-on. It travels to the very root of this racial prejudice and begs the question of why? Producer Accura is co-founder of the Black Swimming Association (BSA), which champions inclusivity, representation and diversity in aquatics. He says about the release, "There comes a point where this generational cycle has to be broken and that time is now. Yesterday, I watched the final movie for the first time with an audience and got the same tingling sensation of excitement that I had when I first thought of the idea two years ago. I honestly really can't wait to share this with the world.” Danielle Obe, Interim CEO for the BSA, said, “Blacks Can’t Swim: The Sequel” is an accurate representation of the barriers the Black community face when it comes to swimming, whether that stems from an inherited cultural belief, or simply not having the access, knowledge or confidence they need to get in the pool. It’s time we broke down those barriers, and the BSA is proud to be the first organisation of its kind to tackle this issue head on."
Blacks Can't Swim The Sequel
1h 45m
Documentary
Director: Mysterex
Cast: Reginald Mudenda, Ed Accura, Simeon Bryce
UK Release: Digital platforms 10th May 2021