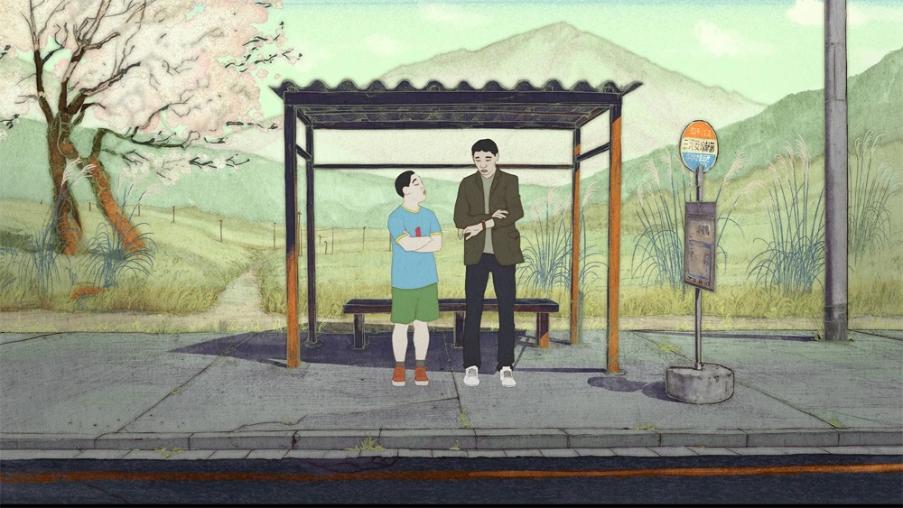 Following its World Premiere at the Annecy International Animation Festival in 2022, Modern Films is releasing the debut feature film from director, composer and painter Pierre Földes, Blind Willow Sleeping Woman, in cinemas across the UK and Ireland on 17 February 2023.

A cinematic interpretation of a collection of short stories by renowned, internationally best-selling Japanese author Haruki Murakami, BLIND WILLOW, SLEEPING WOMAN is set in Tokyo, a few days after the 2011 Tōhoku earthquake and tsunami, and follows the existential repercussions of the natural disaster on the lives of multiple characters, as they navigate a seismic event both real and internal.

Kyoko suddenly leaves her husband after spending five days in a row glued to unfolding earthquake footage on TV. Her helpless husband Komura takes a week’s leave from work and heads north to deliver a box and its unknown contents to two young women. His colleague Katagiri, a simple

debt collector by profession and an awkward loner in life, returns home one evening to find a two-metre-tall frog asking for his help to save Tokyo from impending destruction by a giant subterranean worm.

Through memories, dreams and fantasies, Kyoko, Komura and Katagiri, influenced by their visions of earthquakes – which are manifested as evil willow trees, giant earthworms, secret vows, mysterious boxes and a dark, endless corridor – attempt to rediscover their true selves.

Featuring a blend of animation techniques, from a live-action shoot to 3D motion capture to classic 2D animation layouts, the film’s visual style lends itself well to the surreal imagery typical to Murakami narratives. With an original score, also composed by the film’s French-English director, Pierre Földes, the film follows the characters through realisations of deep existential truths – surveying themes of loneliness, purpose, and humanity.