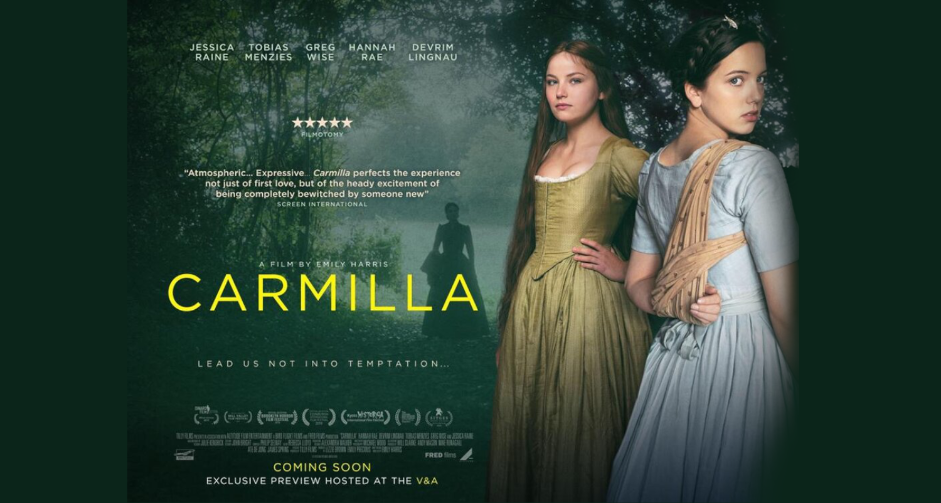 Set at the time of the novel this modern telling of the story sees young Lara (Hannah Rae), living with her father and a strict governess (Jessica Rae) but longing for the company of someone of her own age.

When a carriage crashes nearby and the young uninjured female is brought into the house to recuperate Lara strikes up a friendship with her. As Lara becomes more involved with the girl, who gives herself the name Carmilla, her governess starts to suspect that their might be something evil lurking in the house.

No doubt in 1872 a story involving lesbian vampires might have proved scandalous and daring, unfortunately in the modern error Carmilla feels old fashioned and dated, it’s like director Emily Harris is trying to hark back to the 1960’s and the glory days of Hammer horror.

Harris also makes the strange decision to virtually eradicate the vampire part of the story, it only raising its fangs towards the end of the film.

Camilla is a strange film as well as sticking to its gothic roots it also tries to bring in some modern feminism to the story, sadly it’s a mixture that doesn’t really work.