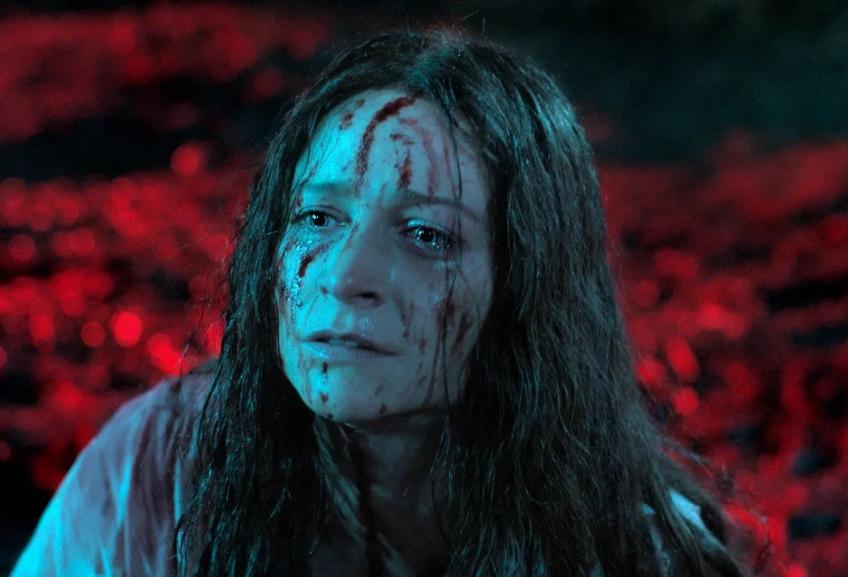 Britain, 1985. When film censor Enid discovers an eerie horror that speaks directly to her sister’s mysterious disappearance, she resolves to unravel the puzzle behind the film and its enigmatic director – a quest that will blur the lines between fiction and reality in terrifying ways. Steeped in glorious 1980s aesthetics, CENSOR is a bloody love letter to the VHS ‘video nasty’ horror classics of the past.

Bailey-Bond’s psychological horror garnered critical acclaim after its World Premiere at this year’s Sundance Film Festival in the Official Selection, and had its European Premiere at the Berlin Film Festival. Bailey-Bond said in response to the acquisition news, "It's amazing to be partnering with Vertigo Releasing – an established champion of incredible independent cinema who have worked with directors I hugely admire - Jennifer Kent, Taika Waititi, Nicholas Winding Refn, Spike Lee, Babak Anvari... I'm so thrilled they will be bringing our film "home", to cinemas across the UK".

Vertigo’s CEO, Rupert Preston, added, “CENSOR is quite simply one of the best UK debuts in years. We could not be more excited about unleashing it on UK audiences this summer and working with Prano on this film."

George Hamilton of Protagonist Pictures, who are handling world sales on the title, also stated, “We are thrilled for CENSOR to be one of the first films out of the gate as cinemas reopen in the UK. Our friends at Vertigo repeatedly proved last year that UK audiences are hungry for the genuine cinematic experience and CENSOR is just the ticket!"