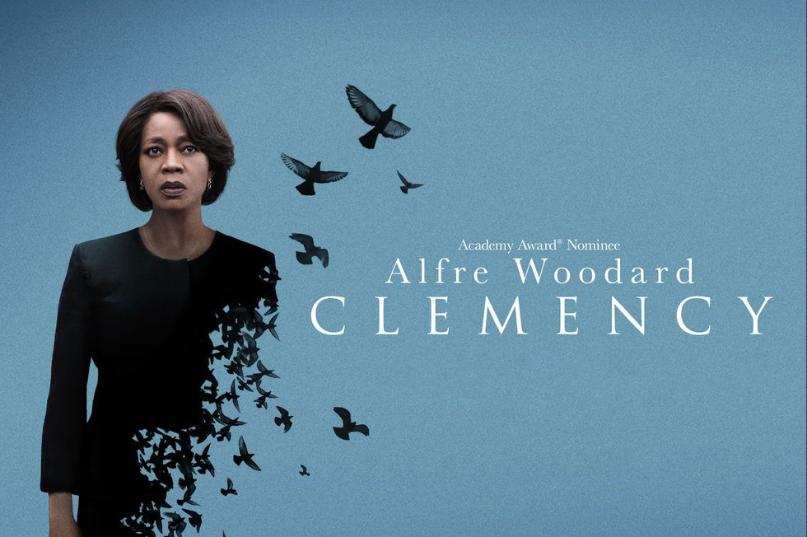 Winner of the Dramatic Grand Jury Prize at Sundance 2019 Clemency is a moving account of how capital punishment not only effects the condemned person but also the people who have to carry out the execution.

Alfre Woodard is fantastic as Bernadine Williams the warden of a high security prison who, after the botched execution of one of the inmates, starts to confront her own psychological and emotional demons.

After the calamity of her last execution we take the journey with Williams as she prepares for her next, her 12th execution. The unfortunate man that she has to plan to execute is Anthony Woods (Aldis Hodge). Woods has been on death row for 15 years for killing a policeman. Despite evidence that he might actually be innocent Williams has to put her own emotional feelings to one side and arrange for his pending execution.

As the execution draws nearer we find that it’s not only Williams whose suffering but also others involved in the execution. His lawyer (Richard Schiff) finds that after years of dealing with Wood’s case retirement would be a better option than having to deal with another condemned man. Even the Chaplain (Michael O’Neill), who was present at the same disastrous execution as Williams, feels that it’s time to give up his job and retire.

Clemency is an emotive and emotional film that reminds us that it’s not cold hearted individuals that I are being asked to carry out one of society’s most horrendous of tasks, but instead it’s people with families and feelings. Director Chinonye Chukwu’s film is a powerful piece of cinema and comes highly recommended.