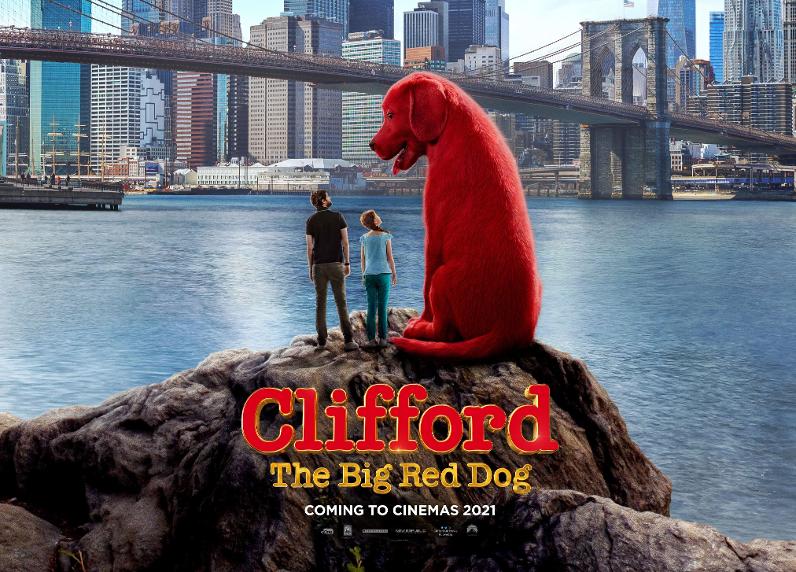 Big isn’t always better as is the case with this lacklustre big dog effort that might delight smaller children over the Christmas period but will offer up very little in the way of entertainment for the reluctant adults that are dragged along with them. I suppose it’s not really meant for adults so it’s a bit unfair to knock Clifford the Big Red Dog too much, but let’s put it this way Space Jam: A New Legacy has a contender for poorest children’s film of the year.

The story sees New York middle age schooler Emily Elizabeth (a talented and by far the best thing in the film, Darby Camp) being left by her single mum (Sienna Guillory) in the care of her uncle Casey (Jack, what is that accent, Whitehall). Determined to make up for lost time with her he reluctantly buys her a red puppy from a magical animal rescuer called Bridwell (John Cleese) who he mysteriously meets in Central Park.

Then before you can say big red dog, or is the case in the film, the next morning, the small puppy that was Clifford has transformed into a dog the size of an elephant. Once the giant cat, sorry dog, is out of the bag and becomes a social media sensation dastardly Tieran (Tony Hale), who is the boss of a genetics company researching how to make things bigger so that they can make a fortune by feeding the worlds growing population, small hidden ethical message in there for the little ones, hatches a plan to kidnap Clifford so that he can find out what makes him grow.

Clifford the actual dog will no doubt entrance smaller children who might be more forgiving of the special effects that are so poor that Clifford at times doesn’t even appear to be in the same room as the actors that are supposed to be interacting with it. As for the rest of us this is about as enjoyable as cleaning up the mess left by a big red dog the size of Clifford.