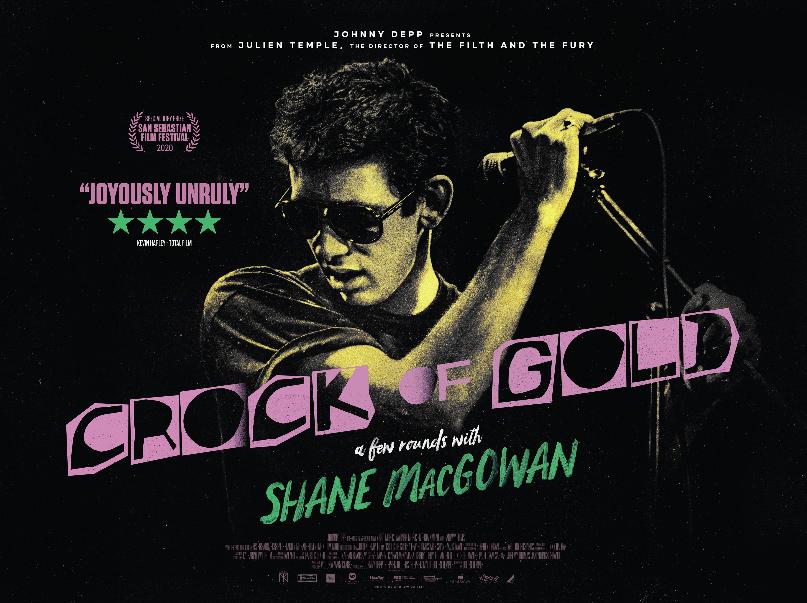 Wildcard Distribution & Altitude Films announce the release of the eagerly anticipated new film by Julian Temple, CROCK OF GOLD: A FEW ROUNDS WITH SHANE MACGOWAN, will open in cinemas in Ireland and the UK from November 20th.

Shane McGowan documentary CROCK OF GOLD: A FEW ROUNDS WITH SHANE MACGOWAN had its world premiere at the San Sebastian International Film Festival last month where it won the Special Jury Prize and positive reviews.

Helmed by the multi-award-winning and critically acclaimed film, documentary and music video director Julien Temple ( Glastonbury, The Filth and the Fury, London: The Modern Babylon) and produced by Johnny Depp the film is a cinematic exploration of the legendary poet, punk and Pogue Shane MacGowan.

Combining interviews, previously unseen archive footage and specially commissioned animations with an impressive soundtrack, the documentary details Shane’s explosive existence from his early days growing up in Ireland, to time spent on the mean streets of London and embracing the punk scene, to forming The Pogues. We discover MacGowan’s passions, humour, and deep knowledge of music, history, spirituality, and popular culture.

The film is a vision of the world through the eyes of the great punk poet himself and an intimate cast of close friends and family members, all channeled through Temple’s inimitable and eternally vibrant lens.