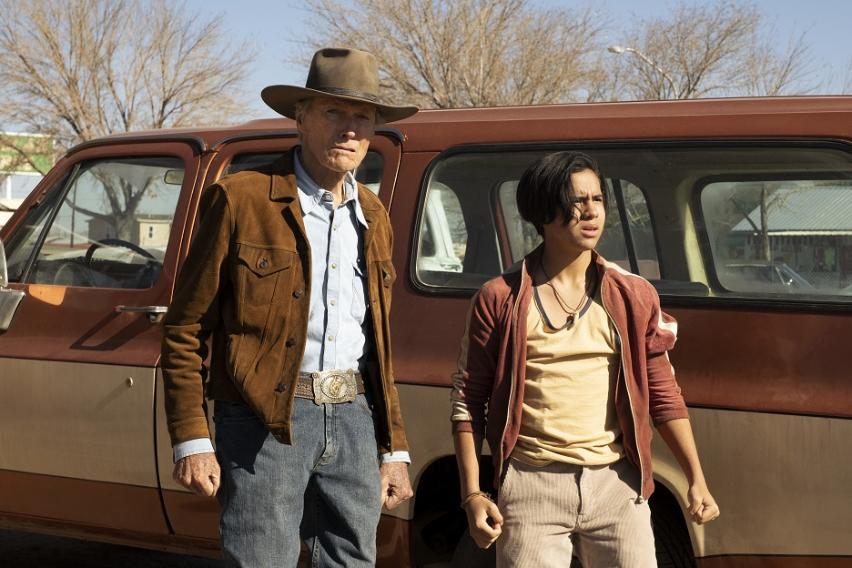 Trying his best to prove the old saying “Old Cowboys Never Die… They Just Fade Into the Sunset” Clint Eastwood, who is now the grand old age of 91, returns to cinema screens in Cry Macho, his seventy second film as an actor and his forty fifth as director.

Set in 1979, Clint plays Mike Milo, a one-time Texas rodeo star and washed up horse breeder who is sent by his ex-boss to Mexico in order to bring back his son Rafo (Eduardo Minett) who is staying with his Mexican mother.

Finding the young boy at a cockerel fight, the film is named after the boy’s rooster called Macho, Mike, the boy and the rooster take to the road. Heading back to Texas and whilst avoiding the boys mothers heavies, they end up in a small Mexican town where Mike, who is taken to the hearts of the towns people when he starts looking after their sick animals, falls for a local cantina owner called Leta (Fernanda Urrejola).

Given that Clint’s in his early 90’s, thanks to what appears to be some CGI smoothed over wrinkles at times you would never know it, and his love interest is in her 40’s the relationship between the pair doesn’t work and if anything it feels a bit creepy. In one scene the pair are dancing, well she’s dancing whilst he just appears to be holding on to her like an elderly relative dancing at a family wedding, and in another he’s sitting on top of a wild stallion breaking it in for a Mexican ranch owner. Credibility is not something that’s high on Cry Macho’s script writing agenda.

Sadly for Clint this slow paced and at times poorly acted film won’t rank or be remembered as one of his finest.