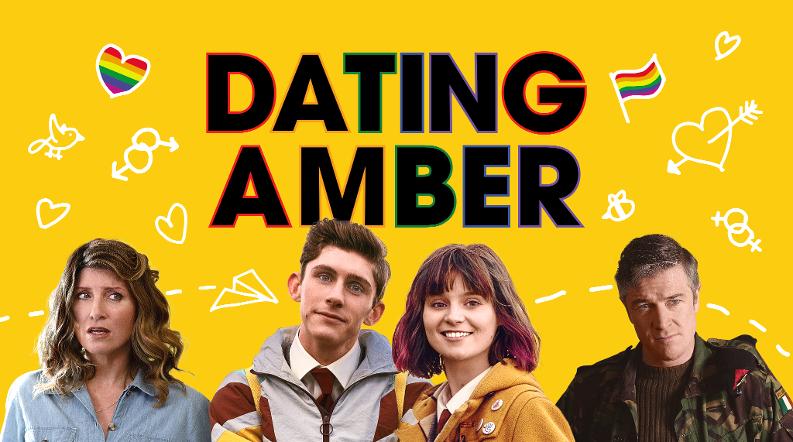 Set in Ireland in 1995 “Dating Amber” is a coming-of-age comedy that tells the story of two teenage kids who are trying to negotiate their way through their final year at high school.

As well as trying to deal with their school work Eddie (Fionn O’Shea) and Amber (Lola Petticrew) have also to deal with issues in terms of their sexuality.

Amber knows she’s gay but refuses to admit it to her pals who all suspect that she’s gay and take every opportunity to tell her so. Meanwhile Eddie thinks he’s gay and to make things worse for him he’s mocked relentlessly by his friends because he doesn’t have a girlfriend.

Needless to say things don’t run as smoothly as the pair would like as the longer the pair are in their “relationship” and the more Amber starts to come to terms with her own sexuality the more Eddie sinks into a world of denial.

Written and directed by David Freyne “Dating Amber” is a witty and funny film that has two terrific performances at its core, Fionn O’Shea (Handsome Devil and the TV series Normal People) is excellent as the shy and awkward Eddie as is Lola Petticrew (A Bump Along The way) as the ballsy and confident Amber.

Whilst Freyne’s script does have an air of familiarity about it, 2018's "Love Simon" and 1981’s Scottish comedy “Gregory's Girl" are just a couple of films that it could be compared to, he’s managed to turn “Dating Amber” into a one of the feel good films of the summer and comes highly recommended.