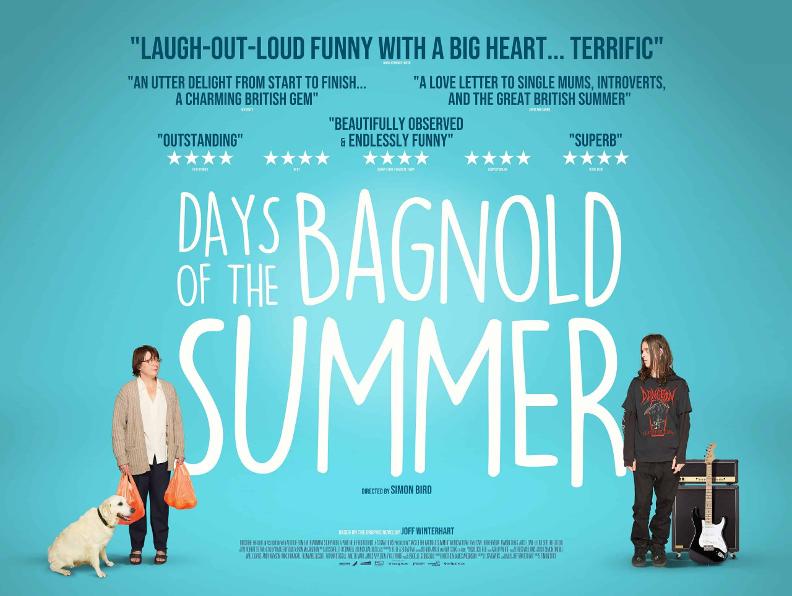 Directed by Simon Bird, best known for his role in The Inbetweeners, and adapted from Jeff Winterhart’s graphic novel by author Lisa Owens (Brid’s Wife), Days Of The Bagnold Summer is a humorous account of the relationship between single mother Sue Bagnold (Monica Dolan) and her rebellious and sulky 15 year old son, Daniel (Earl Cave, son of Nick).

Dressed constantly in black, but he’s not a Goth as he tells his cousin, Daniel’s summer holiday’s don’t get off to the best of starts as, after the anticipation of going to Florida to visit his father who he hasn’t seem for a number of years, his mood is made even more morose when he receives a call telling him that the trip is off.

Forced to spend the summer with his mother, a frumpy Librarian who has a nice line in knitted cardigans, Days Of The Bagnold Summer primarily focuses on the relationship between the pair. Sue is lonely, her only friend is her know it all sister (Alice Lowe), and to make matters worse for Daniel she’s taken a fancy to one of his school teachers (Rob Brydon). Meanwhile Daniel dreams of playing in a rock band and doing anything that doesn’t involve his mother.

The story is fairly thin but will be easily recognisable by numerous parents and their rebellious offspring. Two excellent performances from Dolan and Cave, it’s to his credit that you actually care about Daniel as he’s the most annoying teen you could hope to meet, and a terrific soundtrack from Belle & Sebastian, help to make Days Of The Bagnold Summer an enjoyable and heart-warming watch.