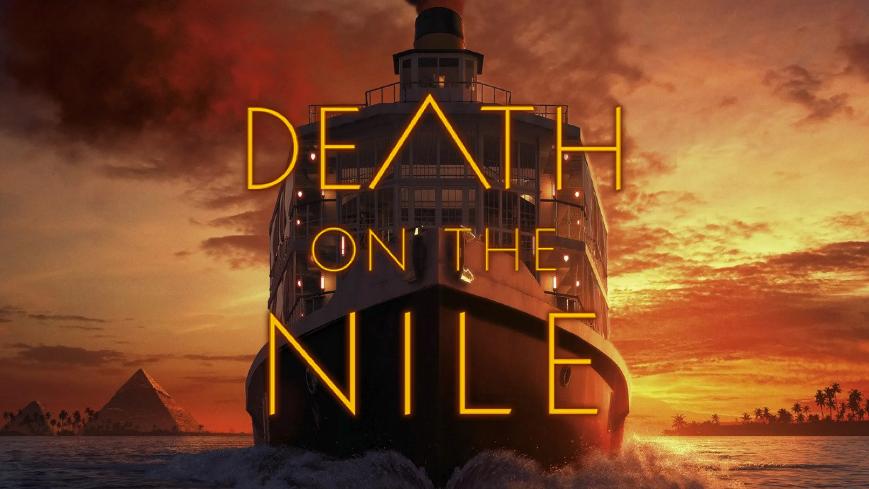 With a production budget of $55 million and a worldwide box office of $352.8 million a sequel to Murder on the Orient Express (2017) was always a sure thing. Now in 2022 a good few years, due to a worldwide pandemic, after it was first meant to hit cinema screens Death on the Nile finally arrives.

I did say sequel but I use that term very loosely as the scriptwriters of Death on the Nile seems to have forgotten everything that happened in Murder on the Orient Express. If you have seen it you’ll know that Murder on the Orient Express ends with Belgian sleuth Hercule Poirot (Kenneth Branagh) being summoned to Egypt as there’s been a death on the Nile.

Well you can forget that as Branagh obviously has as he starts with a black and white prologue set in the Great War where we learn how the great detective wears his moustache the way it is. After that we’re introduced to Linnet Ridgeway (Gal Gadot) who is just about to steal the affection of her best friend’s, Jacqueline de Bellefort (Emma MacKey) boyfriend, Simon Doyle (Armie Hammer). We’re then whisked to the Nile where we learn that it’s now Mr and Mrs Linnet and Simon Doyle. The happy couple having arranged a wedding cruise up the Nile and invited along a motley assortment of friends (Tom Bateman, four-time Oscar® nominee Annette Bening, Russell Brand, Ali Fazal, Dawn French & Rose Leslie) and surprisingly Hercule Poirot. After we get all that preamble out of the way we’re over half way through the film before that actual death on the Nile happens.

Murder on the Orient Express isn’t the greatest of films but it was always entertaining. Sadly the same can’t be said of Death on the Nile, badly acted at times with poor production values, the CGI special effects look as if there from a low budget production not a multimillion dollar Hollywood production, Death on the Nile isn’t a patch on Branagh’s first Hercule Poirot outing.

Death on the Nile does in fairness pick up after the murder happens but by that time you might not actually care.