EDINBURGH INTERNATIONAL FILM FESTIVAL 2021 PROGRAMME ANNOUNCED: FROM LEOS CARAX’S ANNETTE TO THE WORLD PREMIERE OF PRINCE OF MUCK , EIFF CELEBRATES THE POWER OF CINEMA WITH AN AMBITIOUS PROGRAMME OF IN-PERSON AND DIGITAL SCREENINGS

The 74th Edinburgh International Film Festival takes place at the heart of Edinburgh’s festival season, between 18 and 25 August, and presents a fantastic programme of feature and short films celebrating the long-awaited return to cinema.

This special programme of in-person and digital screenings includes 31 new features and 73 shorts – with 18 marking their world and 3 international premieres at the Festival – and with 50% of the new features in the EIFF 2021 programme from a female director or co-director.

The majority of Festival screenings take place at the Festival’s home, Filmhouse, with the Opening Gala and Special Preview at Festival Theatre and special screenings at partner venues across Scotland, along with introductions, Q&As, in person events and more screenings being available through a dedicated, accessible streaming platform Filmhouse at Home.

EIFF 2021 PROGRAMME
Reflecting the diversity of stories and storytellers from across the world, EIFF’s 2021 programme includes two hugely anticipated musicals: hot from Cannes where it won the Best Director award, the UK premiere of Leos Carax’s Annette starring Adam Driver and Marion Cotillard, co-written by pop legends Sparks and a Special Preview screening of Everybody’s Talking About Jamie at Festival Theatre with a starry cast including Sharon Horgan and Richard E. Grant, and newcomer Max Harwood in the title role. 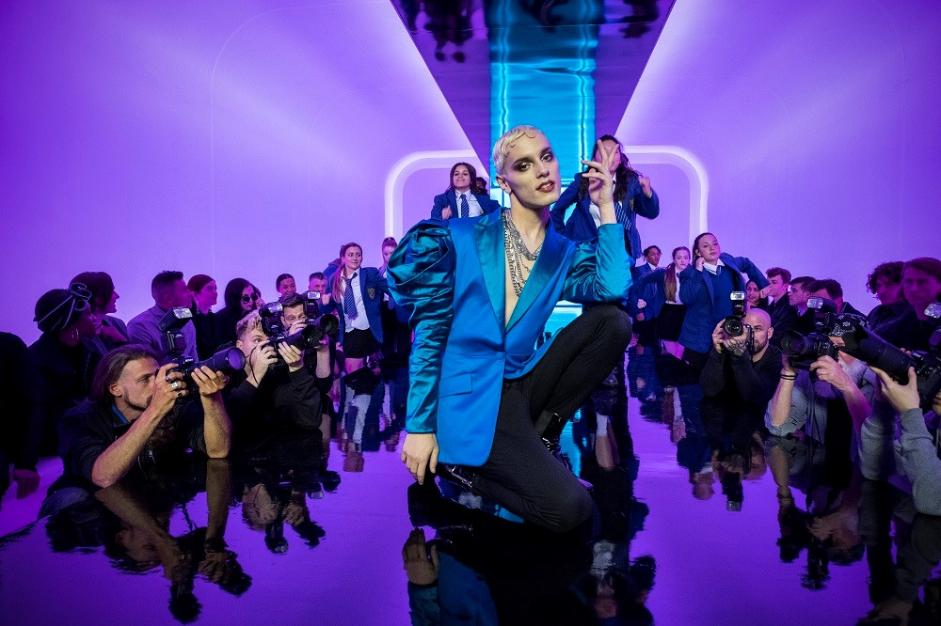 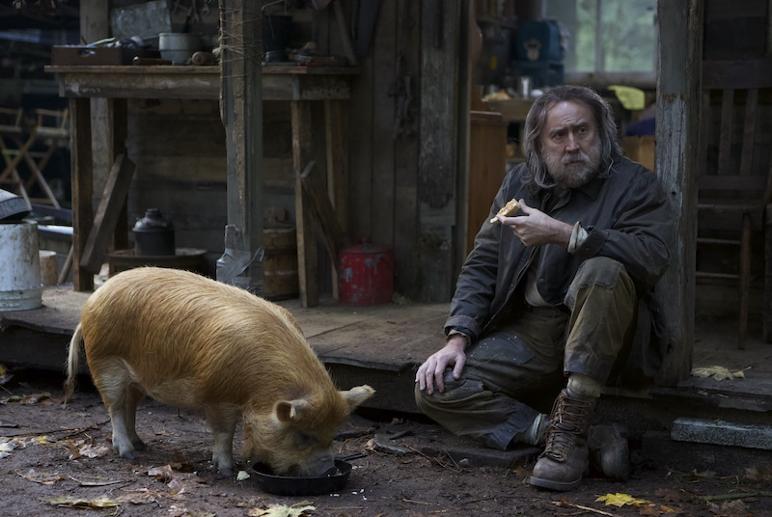 Determination in the face of adversity and addressing the social issues permeating societies around the world are strongly represented in this year’s programme. The UK premiere of Haider Rashid’s Europa starring British-Libyan Adam Ali as a young Iraqi refugee sees him fighting to survive in the wilderness and with ‘Migrant Hunters’ on his trail while Oscar-nominated Kaouther Ben Hania’s The Man Who Sold His Skin focuses on a young Syrian refugee who agreed to having his back tattooed in exchange for a better life in Europe. Maryam Moghaddam and Behtash Sanaeeha’s Ballad of a White Cow sees a wife fighting against the broken justice system in Iran after her husband is executed for a crime he did not commit and New Zealand’s The Justice of Bunny King tells the story of a troubled single mother trying to get the custody of her children back.

In documentaries, Walk with Angels offers a visceral look at South Africa’s legacy of Apartheid and child trafficking and Rebel Dykes explores the underground lesbian community in London in the 80s and the country’s lack of response to the AIDS crisis. Two very personal documentaries, Radiograph of a Family from Firouzeh Khosrovani centres on the director’s parents and uses them as a lens to look at Iran’s society split between secular and Islamic beliefs and Alicia Cano Menoni’s Bosco focuses on the director’s grandfather living in Uruguay and his ancestoral roots in a small Italian village.
Highlighting contemporary social issues, documentary The Gig Is Up shines light on the forgotten gig economy workforce, from Deliveroo to Amazon, and the European Premiere of Jennifer Ngo’s Faceless centres on the pro-democracy protests in Hong Kong. Continuing the theme of the gig economy and its recent struggles, Laurent Garnier: Off The Record tells the little-known story of the legendary French DJ and the political response to rave culture.

This year’s programme also showcases the best of horror from two EIFF-returners: impeccable Rebecca Hall in The Night House from the genre innovator David Bruckner and Martyrs Lane from Ruth Platt reinventing the classic ghost story. In animation, the legendary Academy Award-winning director and animator Phil Tippett presents the second instalment of his Miltonesque Mad God.

The quirky French feature comedy Mandibles sees two friends trying to train a giant fly to make money off of it and Norway’s Ninjababy beautifully blends animation and live action to tell the story of a young cartoonist and her unexpected pregnancy.

An ambitious programme of short films – fiction, animation, documentary and experimental aka Black Box – divided into 7 strands by theme, explore a fantastic range of topics and issues: in short animation, Imaginings delve into the recesses of the human mind and Family Values look at how our lives are shaped by values that are handed down to us; in short fiction and documentary, One Step at the Time is rooted in the present moment, showing snapshots from all around the world, Visions project forward, imagining our future lives or alternative realities; and in Black Box we find Interconnections exploring the themes of collaboration and interrelation and Interruptions, a diverse programme playfully confounding the aesthetic expectations of the audience.

Some of the highlights include Ba, about growing up in Soviet Kazakhstan, a child seeking refuge from his stark reality in Romanian Candy Can, animated Hangman at Home exploring the awkward intimacy of humanness and Keith Water, a stop motion animation made from found materials during the 2020 lockdown.

The shorts programme also includes SHORTCUTS – Views From The Four Nations, presented in Edinburgh and France through a partnership with the Dinard Festival of British Film, led by Artistic Director Dominique Green. DFBF and EIFF are twinning to show together a selection of the best of recent British shorts.

All short films are available to audiences digitally on Filmhouse at Home. EIFF Shorts and Experimental films are sponsored by Innis & Gunn, with support from the Culture & Business Fund Scotland, managed by Arts & Business Scotland.

Festival audiences will have a chance to vote for their favourite film which will receive the 2021 Audience Award. For more information and a full schedule of physical and digital screenings please visit www.edfilmfest.org.uk.

“There’s a fantastic and diverse programme of new and classic features, documentaries, animations, experimental and short films programmed by our team of regular and guest programmers led by Nick Varley, addressing the big issues and inviting audiences to become involved. We hope you will explore the programme and join us whether in person in Edinburgh or around Scotland, or online.

“And in this really challenging climate, my personal thanks to the filmmakers in allowing us to show their films and to the ongoing support of our funders, donors, patrons and friends – it is hugely appreciated.”