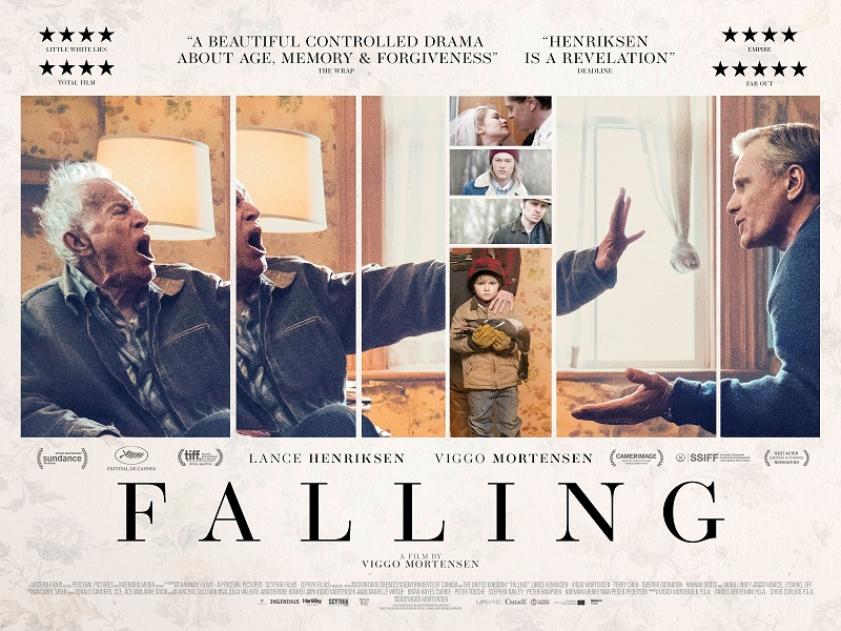 Viggo Mortensen (Green Book), Captain Fantastic, The Lord of the Rings Trilogy) proves that he’s as adept behind the camera as he is in front of it with his directorial debut, the touching and moving Falling.

We first meet John Peterson when he’s on an aeroplane with his elderly father, Willis. Due to his advancing years and poor health, John decides to bring his father out to California so that he can look for a property for him which will allow him to stay closer to his family.

From the outset Willis’s behaviour is erratic, he wakes up suddenly on the plane and goes looking for his wife who’s been dead for a number of years.

Things don’t get much better when he gets to John’s home where his outbursts of homophobia and sexism are, at first, brushed off by John and his partner. With his memory in rapid decline Willis’s mind often drifts back to his first wife, and John’s mother Gwen (Hannah Gross), a subject that opens up old wounds within the family.

Most of the plaudits will undoubtedly go to Mortensen, and deservedly so, however the star of the show is without doubt Lance Henriksen who is phenomenal as the cantankerous and bigoted Willis, don’t be surprised to see his name mentioned come awards time.