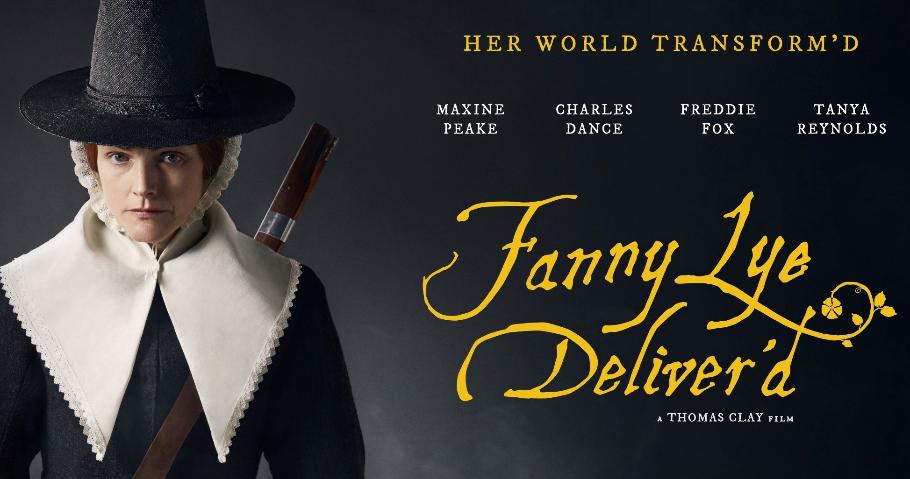 Set on an isolated Shropshire farm in 1657, the farm was completely built for the shoot, Fanny Lye lives a humble existence with her puritan husband John (Charles Dance) and young son Arthur (Zak Adams).

If living on a farm where every step means walking throw mud and that is completely covered in fog for most of the time wasn’t bad enough Fanny’s life of constant chores and work is made even worse by having to live with a man who believes that any human pleasure is a sin in the eyes of God and takes to beating her and her young son for just laughing and frolicking in the farm yard.

Things change for the God-fearing family when their daily life is interrupted when they discover two strangers (Freddie Fox and Tanya Reynolds) hiding in their barn, pleading for help claiming to have been robbed and left for dead, the young pair initially ingratiate themselves with their reluctant new hosts.

Things at first go well as Fanny embraces her new and progressive guests, however it’s not long before things turn sour when the town’s sheriff (Perry Fitzpatrick), who is searching for the pair, pays a visit to the Lye estate.

It’s here that things take a turn for the worse as the interlopers reveal their criminal intentions and take the Lye’s hostage in their own home.

Clay builds the tension well up to the point where the Lye’s are taken hostage. The middle section where Fanny and her family are held hostage and Fanny starts to doubt her tyrannical husband and the societal structures that dictate her life feels slightly dragged out leading to a loss of the tension that been build up so well. Freddie Fox’s long monologue speeches don’t help the pacing.

Things do however pick up considerably in the final third as things come to a brutal and totally unexpected conclusion.

Peake is mesmerising as the subservient Fanny whilst it’s hard to imagine anyone other than Dance playing the tyrannical John. Fanny Lye Deliver’d is a film that whilst set in 17th Century England has a 21 st Century message about the role of woman in society. The middle section could have been tighter but nevertheless it’s certainly worth sticking around for the brutal and unexpected ending.