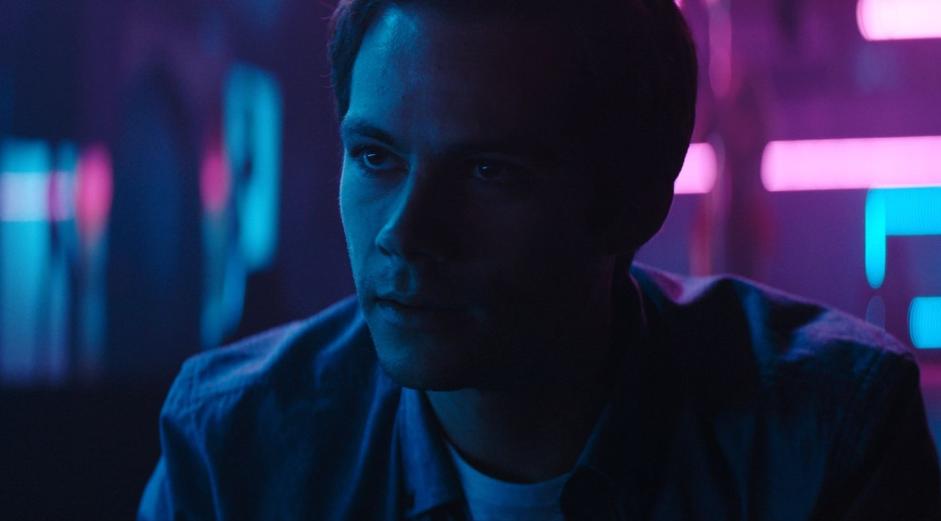 Flashback is a hard watch and not just in terms of the confusing and not very interesting story but also because director Christopher Mac Bride chooses to use so much strobe lighting effects that you’ll come out of the movie either in an ambulance because you’ve had a seizure or alternatively you’ll feel as if you’re playing the part of a tortured terror suspect in the recent and infinitely better movie, The Mauritanian.

The story, or what I can fathom of it, sees Fred Fitzell (Dylan O’Brien), many years later, fretting over some drug that he took with a classmate (Hannah Gross) just prior to her strange disappearance. A chance meeting with an old school pal takes him back to his past where he starts to dabble in the same drug that caused him so many problems in the first place.

Throw in some issues with his mother, who appears to have had some kind of stroke and is now lying lifeless in a hospital bed, and some strange hallucinations where Fred might or might not be travelling back and forward in time and it all becomes a bit of a head scratcher.

Flashback is such a mess it’s hard to recommend, unless of course you’ve got a liking for people constantly flashing bright lights in your eyes then this might be for you.