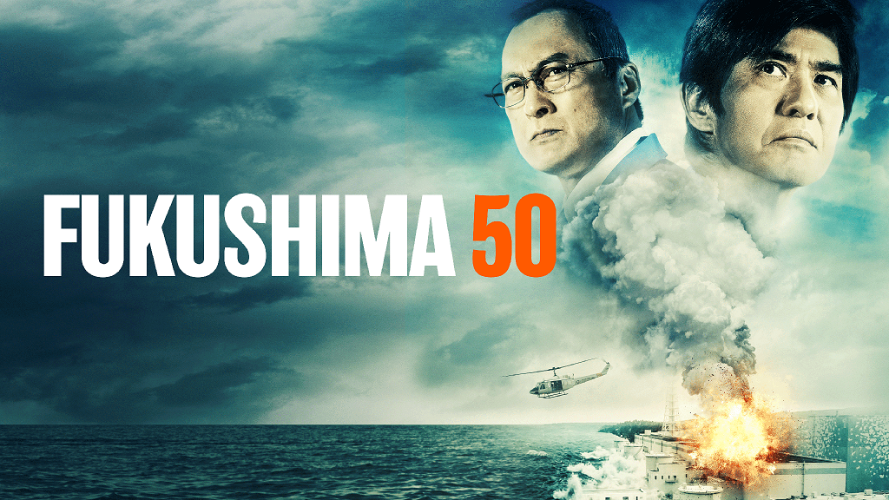 It’s easy to compare Fukushima 50, the film, to the award laden Chernobyl, the 2019 TV series, as both have very similar themes. However don’t be fooled as Fukushima 50 is no Chernobyl.

Fukushima 50 brings to the screen the dramatisation of the true events of 11th March 2011 when a tsunami, set off by an earthquake offshore, swamped the Fukushima Daiichi Nuclear Power Plant, in Japan. With water in the plant the electrical supply was soon cut leading to a loss of power to the plants pumps that fed the cooling water to the reactors.

Much like in Chernobyl it’s left to the plants employees, led by the head of the power plant (Ken Watanabe), to try and save the plant and the surrounding area from the impending nuclear disaster.

Whereas Chernobyl was gripping edge of your seat stuff it’s a mystery how the makers of Fukushima 50 have managed to turn something that should be so exciting into a hard slog. Action is pretty scarce on the ground, a scene where staff have to enter the radiative plant in order to open some valves being one of the only bits of excitement in its 2 hour running time. For the rest of the time everyone appears to disagree with, and shout loudly at, each other. Even the Japanese Prime Minister appears to have lost the plot and on one occasion slaps a subordinate across the back of the head, or maybe that’s how they problem solve in Japan.