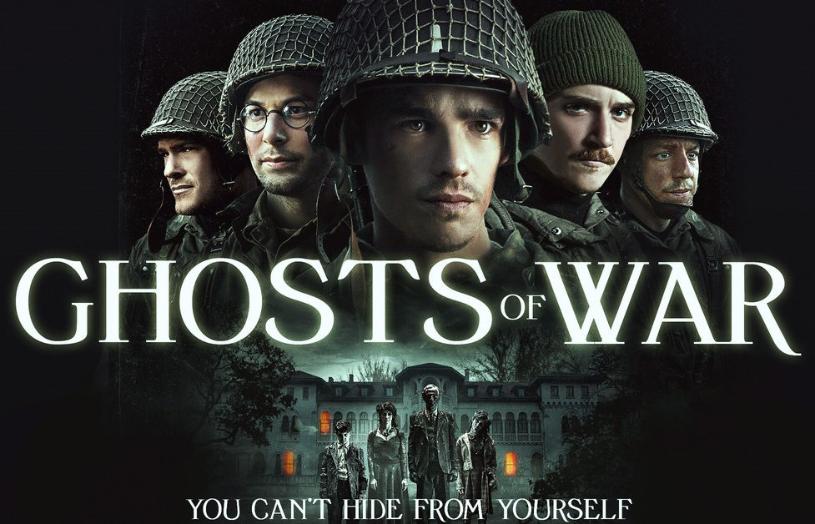 Part horror part war film Ghosts of War is a mash up of so many genres it feels like writer/director Eric Goss (The Butterfly Effect) is just throwing so much at his audience in the hope that something will actually stick.

Before the soldiers arrive at their destination we get a quick introduction to them by way of a brutal scene where they set about a group of German soldiers. One of the Nazis who is quickly dispatched just happens to be Billy Zane. His appearance makes you wonder if his stock has fallen so much that he has to take a job that amounts to no more than a few minutes screen time, or is it the case that we’re going to see him later on? No prizes for guessing correctly I’m afraid.

Once the group reach their target, and their relief quickly flee with ashen faces and discerning looks, the soldiers soon find out that the chateau is haunted by the French Family who once lived there and were murdered by the Nazis for hiding refugee Jews.

What follows in the chateau is pretty standard horror fair as the soldiers are scared out of their wits by ghostly apparitions and banging pipes.

The first two thirds is certainly the best part of the film and has some genuinely scary and terrifying moments. If only writer/director Eric Goss had stuck to the horror storyline it might have made for a more entertaining film as in the final third things get so bizarre it causes the story to fall into an unfathomable and incomprehensible hole.