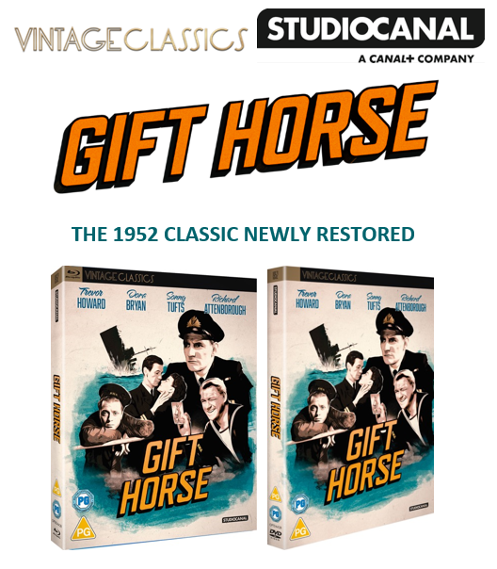 STUDIOCANAL has announced the release of a newly-restored version of the rarely seen classic WW2 Navy thriller, GIFT HORSE. 80 years ago, during WWII, British ‘Operation Chariot' stunned the Nazis, and the film pays tribute to this raid.

Directed by Compton Bennett (The Seventh Veil) and Starring Trevor Howard (The Third Man, Brief Encounter), Richard Attenborough (The Great Escape, The Angry Silenc)and Sid James (The Carry On series), the new restoration of GIFT HORSE will be available to own on Digital, Blu-Ray and DVD from April 4 and on VOD from May 9.

Marking the first time the film will be available to own on Blu-Ray and Digital, looking better than ever and packaged with brand-new extras material, GIFT HORSE is a welcome addition to the VINTAGE CLASSICS collection.

In 1940, the Royal Navy is frantically recruiting for WWII so pulls Lieutenant Commander Fraser out of retirement to captain the HMS Ballantrae, herself recently re-commissioned and lent by the Americans to a seriously under-resourced British Navy. Despite an inauspicious start and multiple repairs, Fraser crafts the ship and its crew into an efficient fighting force, culminating in a daring mission to destroy a French dockyard which is crucial to the Nazis in maintaining their formidable battleships. The climax of the film is a fictional account of the real-life St Nazaire Raid of 1942 AKA Operation Chariot – led by a ship very similar to the Gift Horse itself, and celebrated as The Greatest Raid of All.

The story of Operation Chariot, the raid on the French Port of St Nazaire by the British Navy who rammed an old Battleship packed with explosives into the dry docks at the harbour, I would imagine is pretty much unknown by all but the most dedicated of WW2 history buffs.

Studiocanal give us all a chance to learn more about HMS Ballantrae in this stiff upper lip British War film that’s packed with some of the best known names and faces of 1950s British cinema. Studiocanal have worked wonders with this restoration. Gift Horse for this Blu-ray and DVD release is so well restored that the pristine high definition picture manages to highlight the limitation of 1950s special effects, models really look like models here. That’s not to take away from what is essentially a drama about the crew of the ship rather than the actual Navel operation that only takes up about the last 10 minutes of the film.

Gift Horse might not have aged as well as The Silent Enemy, another recent release from Studiocanal. Even if you only have a passing interest in classic British war films War Horse is certainly worth seeking out 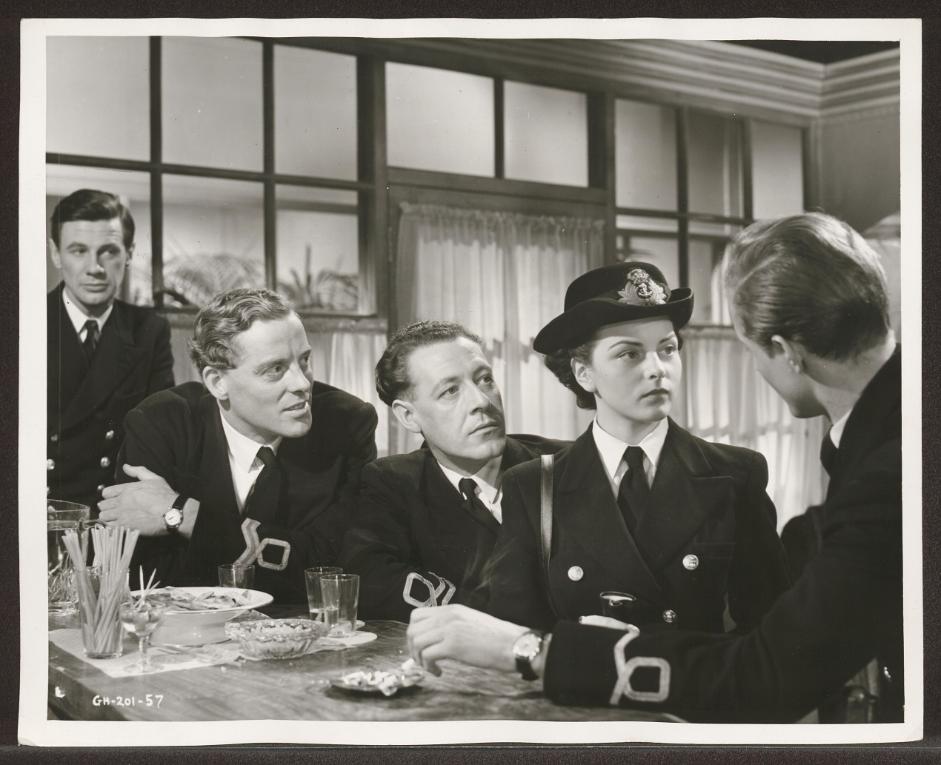 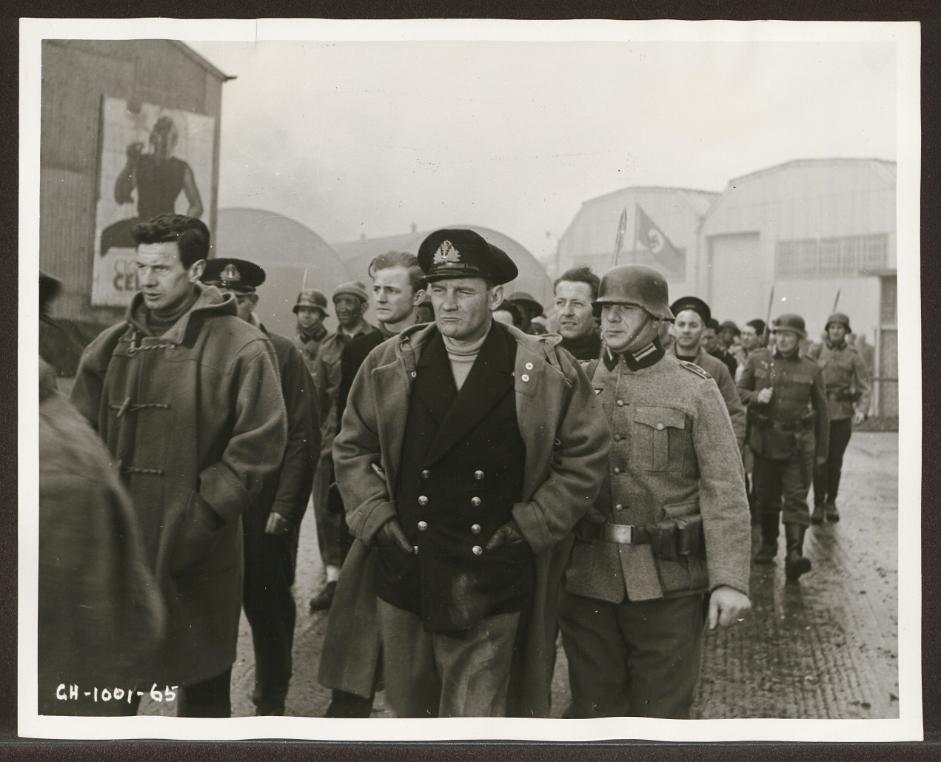