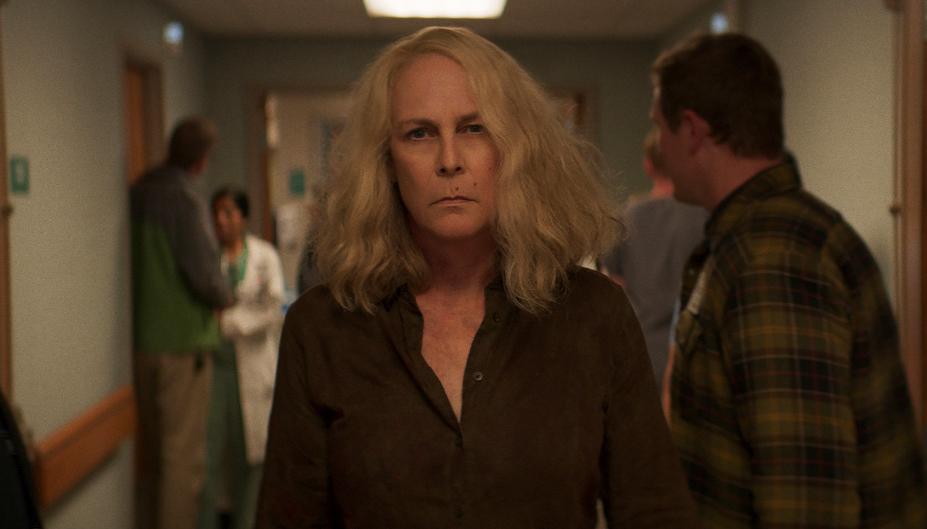 If you’re planning on seeing Halloween Kills and if you haven’t seen Halloween, the 2018 version not the original, I suggest that you make the effort to watch it before your trip to the cinema as Halloween Kills follows on directly from its predecessor.

When we left Michael Myers in 2018 he’d been locked in a burning basement by Laurie Strode (Curtis), her daughter Karen (Judy Greer) and granddaughter Allyson (Andi Matichak). The trio then escaped, after Laurie Strode had been stabbed in the stomach by Myers, on a truck.

Unsurprisingly Michael didn’t die in the fire and after killing every fireman that’s attempting to put out the blaze he resumes his murder spree.

Meanwhile as Laurie Strode is been treated for her injuries in hospital Tommy Doyle (Anthony Michael Hall) and other survivors from Myers original murder spree (we’re now talking about the 1878 version not the 2018, confused?) forms the townspeople into a modern posse and they go out hunting for Myers. Needless to say they’re not that successful as Myers mutilates and murders anyone that comes across his path.

Director David Gordon Green , he also had a hand in the script, has stated that his intention is to create a trilogy, Kills being the second part of his three acts, and Halloween Kills does feel very much like a middle part of a story. Curtis in particular gets very little screen time and when she is on screen she does nothing more than lie on a hospital bed telling anyone that will listen to her that Michaels coming to the hospital to kill her. I would imagine, and hope, that she’s going to have more to say and do in the planned third film.

As chaos descends on the town, and as the townsfolk start going crazy as they search for Myers, Halloween Kills gets more and more ridiculous, Haddonfield must be the only town where people can’t shoot straight, people can’t run in a straight line and people don’t know how to switch a house light on.

By the end of Halloween Kills Green has really lost the original idea of the lone murder story as the Myers character takes on an almost mythical status, who knows maybe in the next one he’ll be fighting Freddie Krueger from Nightmare on Elm Street or Jason from Friday the 13th, Halloween Kills is that bonkers it’s just about possible.