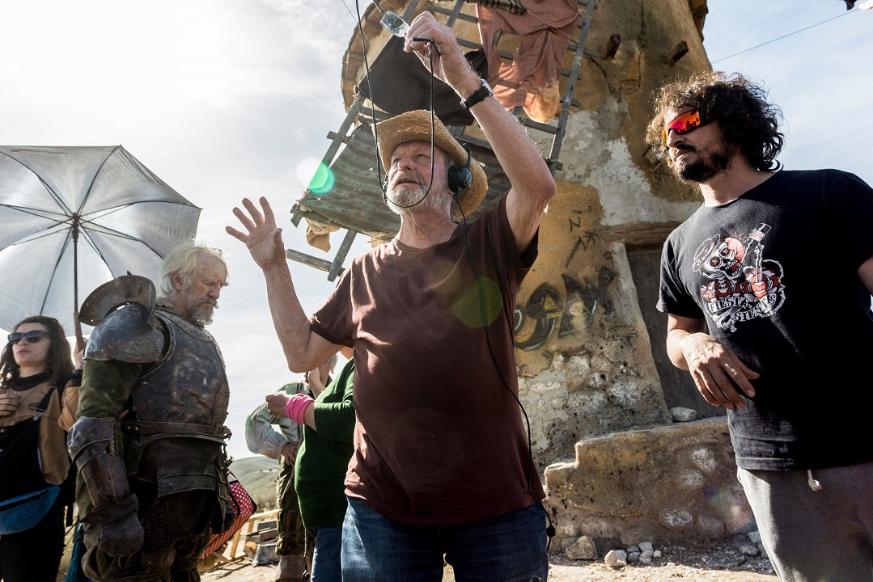 A moving and heartfelt tribute to a seemingly insurmountable artistic quest, He Dreams of Giants follows visionary icon Terry Gilliam’s final journey to finish his elusive passion-project, The Man Who Killed Don Quixote.

This touching documentary is a potent study of creative obsession. Combining immersive footage of Gilliam’s production with intimate interviews and archival footage from the director’s entire career, He Dreams Of Giants is a revealing character study of an artist, and a meditation on the value of creativity in the face of mortality.

Directed by Keith Fulton and Louis Pepe and produced by Lucy Darwin, the team behind Lost in La Mancha, the 2002 documentary that charted the doomed earlier production of The Man Who Killed Don Quixote. He Dreams of Giants features legendary artist and director Terry Gilliam (Brazil, Twelve Monkeys), and features Adam Driver ( The Man Who Killed Don Quixote, Marriage Story) and Jonathan Pryce (The Two Popes, Brazil).