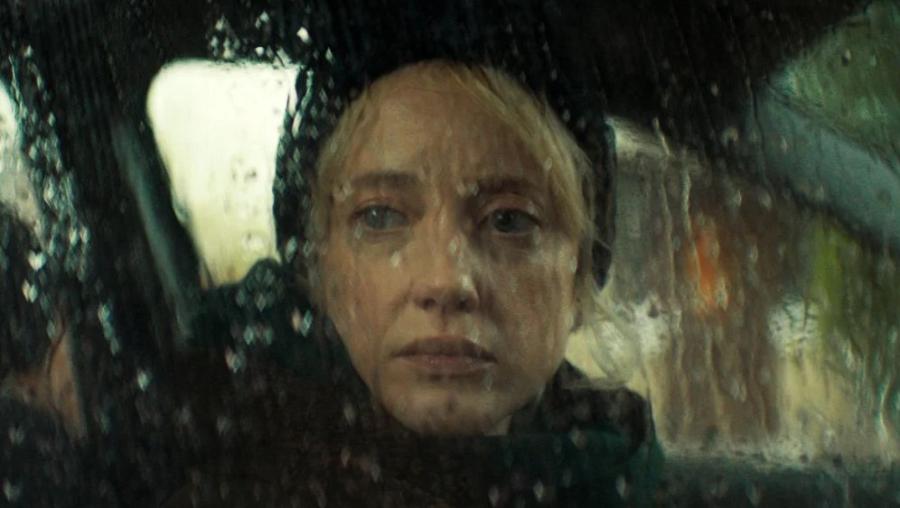 Andrea Riseborough (Luxor, The Electrical Life Of Louis Wain) has to be one of the best actors performing in film at the moment. Her performances are always the highlight of any film that she appears in and so that proves in Stacey Gregg’s Irish drama “Here Before”.

Riseborough plays Laura, a grieving mother who is still struggling to come to terms with the loss of her young daughter. When new neighbours (Eileen O’Higgins, Mary Queen of Scots and Martin McCann, Killing Bono) move in next door Laura becomes obsessed with their young daughter Megan, (Niamh Dornan) who she believes, after a number of incidents where Megan tells Laura about experiences that Laura had with her own daughter, that she is the reincarnation of her daughter.

As Megan’s stories of a past life become more and more detailed and her mannerisms become more like her dead daughter Laura’s behaviour becomes more and more erratic - much to the concern of her husband Brendon (Jonjo O’Neill, The Queen’s Gambit) and her son Tadhg (Lewis McAskie, Belfast).

Gregg builds her story up slowly, long lingering shots of hills, electric pylons and tress only serve to highlight how light the story is. Even with its short running time of just over 80 minutes the story feels drawn out longer than it really needs to be. It’s also not helped by an ending that comes so quick that it almost feels rushed.

Beautifully filmed and acted Here Before, by the end, is a film that you just wish had a bit more substance to it.