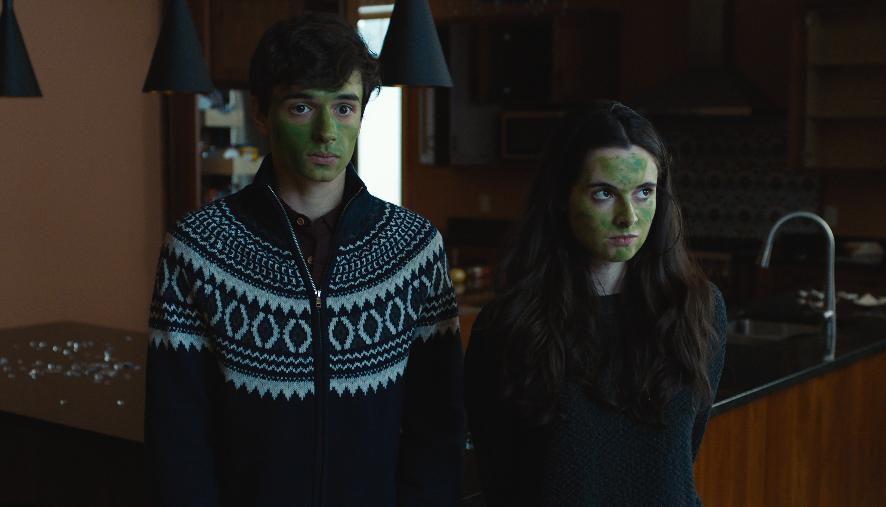 Writer-director Maria Bissell for her debut feature has tried to craft together a mix of the comedy of “Home Alone” and the tension of “Don’t Breathe” unfortunately for us, the audience, any similarity to either, is purely coincidental as “How To Deter A Robber” doesn’t know if it wants to be a comedy, a thriller or a mix of both and what we end up with is a movie that’s as uninspiring as its script.

The story, set at Christmas, sees young Madison (Vanessa Marano) and her boyfriend Jimmy (Benjamin Papac) see a light on in an empty neighbours house and after going to investigate and falling asleep they wake up to find the house trashed and them being blamed by the local cops.

Told by the local dim-witted cops not to leave home the pair are left, after Madison’s parents head off to visit family, in the care of her uncle Andy (Chris Mulkey). Believing that the robbers will come back the pair set up a number of homemade traps, just like in Home Alone. Unsurprisingly their home is targeted by masked robbers Patrick (Sonny Valicenti) and, the rather friendly and best thing in the movie, Christine (Abbie Cobb), leaving Madison to fight for her life along with her so annoying you just wish the robbers would finish him off, boyfriend.

The story is pretty simple but you wouldn’t know it from a plot that seems to take an eternity to get going. With everything set up Bissell seems to forget the Home Alone part of the plot with the booby traps only getting a mere mention, it’ll come as no surprise to anyone when one of the robbers gets hit on the head by a paint can on a string.