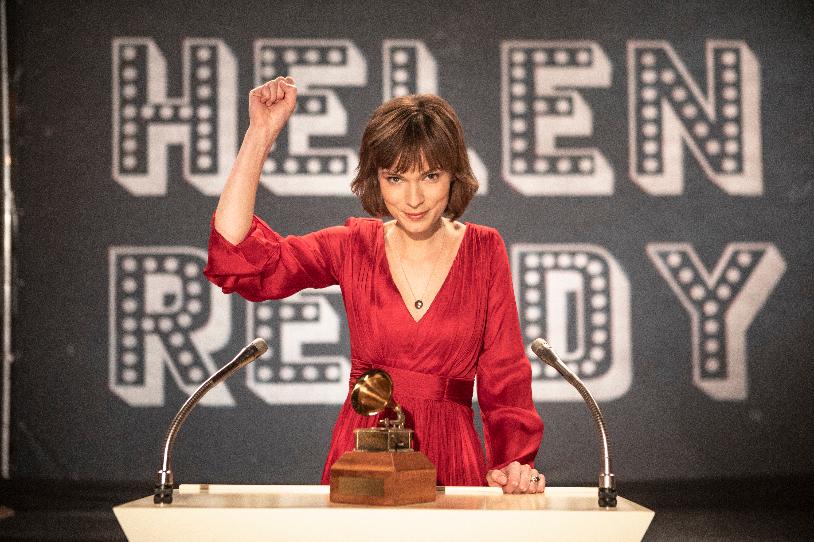 Helen Reddy (Tilda Cobham Hervey) was one of the biggest female singers in the world during the late 60’s and 70’s. Her songs, most notably the title song of the film, I Am Woman, became the anthem for the women’s equal rights movement that was taking place in the USA at the time.

I Am Woman follows Reddy from when she first arrives in the US from Australia with her 3 year old daughter in 1966, through her search for stardom, her marriage to her husband and manager Jeff Wald (Evan Peters) and to her eventual breakthrough and superstardom.

I Am Woman, an Australian production, sticks pretty much to the standard musical biopic story that we’ve seen on screen on a number of occasions, Judy being the most recent.

Tilda Cobham-Hervey gives a great performance as Reddy, Reddy’s songs are sung brilliantly by singer Chelsea Cullen, however the film can never escape the feeling that it was filmed on a very low budget and at times I Am Woman feels like a cheap TV production.

Production values aside, I Am Woman comes alive and is at its best when Reddy’s songs are being sung and overall is an enjoyable biopic of a woman who was at the forefront for the fight for woman’s rights.

As a sad footnote Helen Reddy died just before the film’s release, at age 78, on the 29th September 2020.