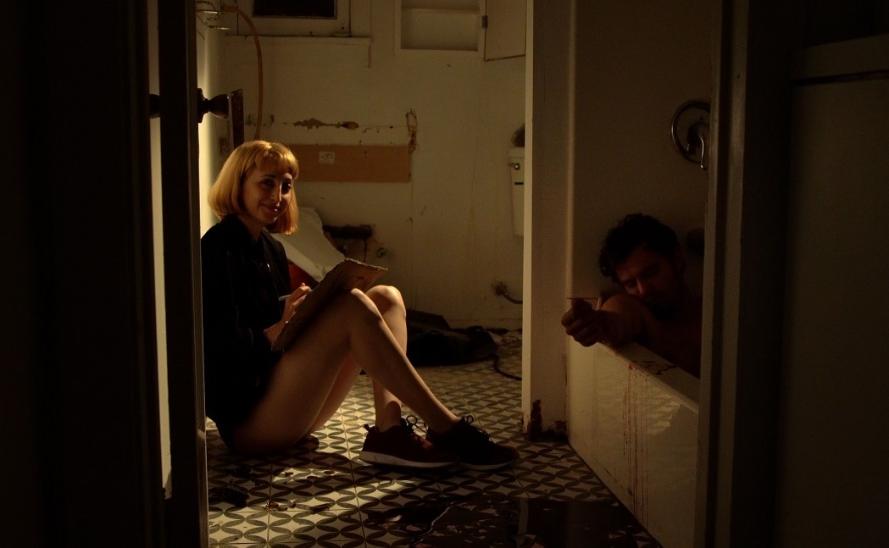 A budding filmmaker takes her desire to make a new film to murderous extremes in razor-sharp and shocking meta-comedy I Blame Society.

When a struggling filmmaker, played by writer-director Gillian Wallace Horvat, senses her peers are losing faith in her ability to succeed, she decides to prove herself with a new creative project – dispatching of her best friend’s odious girlfriend on film. But once that line is crossed, why stop with just one murder when modern society and the LA film world offer up so many candidates deserving of death?

The Blair Witch Project meets American Psycho shot through a feminist lens, I Blame Society is an acclaimed black comedy which charts the increasingly blurred boundaries between art, authenticity and full-blown madness with outrageous results.

Directed by and starring Gillian Wallace Horvat (Kiss Kiss Fingerbang) and from the producing team behind genre hitCome To Daddy, I Blame Society stars Chase Williamson (John Dies at the End, Beyond the Gates), Keith Poulson ( PVT Chat) and Jennifer Kim (She Dies Tomorrow) and was an official selection at International Film Festival Rotterdam 2020.