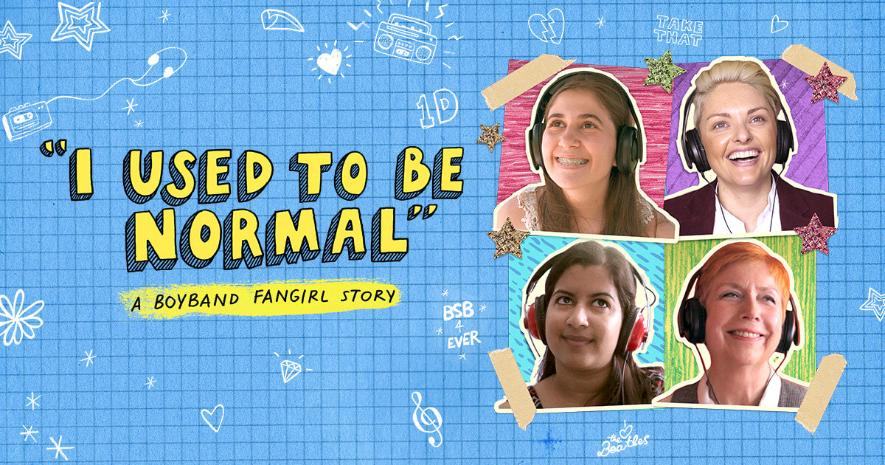 I Used To be Normal is a love letter to the girls and women who let themselves feel things deeply, who aren’t afraid to sing or dance along to a song that makes them happy, or who endeavour to always stay closely in touch with their inner teenager, with all the optimism, awkwardness and dreams that that entails. From Brosettes to Beliebers, Durannies to Directioners, the Beyhive to the Britney Army, pop music acts have always had their legions of dedicated fans but none more so than the Boy Band. They may be carefully engineered packages of cute, young boys in coordinated outfits, singing in harmony about broken hearts but their music is some of the most enduring and beloved and their fans are legendary. For over six decades the Fan Girl has been the beating heart of boybands. They fell in love as teenagers and, like any first love, that love has endured.

Filmed over four years, and spanning three generations, I USED TO BE NORMAL: A BOYBAND FANGIRL STORY follows a diverse, funny, honest and insightful group of women who have had their lives dramatically changed by their boy band obsessions. It is an affectionate exploration of the fan girl phenomenon and also a surprising coming of age story. Jessica Leski’s film focuses on four women, aged between 16 and 64 in the US and Australia, whose stories reveal the challenges of love, sexuality, family and faith, while constantly grappling with the problems and contradictions that are part of being in love with a boyband.
I Used To Be Normal: A Boyband Fangirl Story
1h 33m
Documentary
Director: Jessica Leski
UK Release: Digital platforms 3rd May 2021