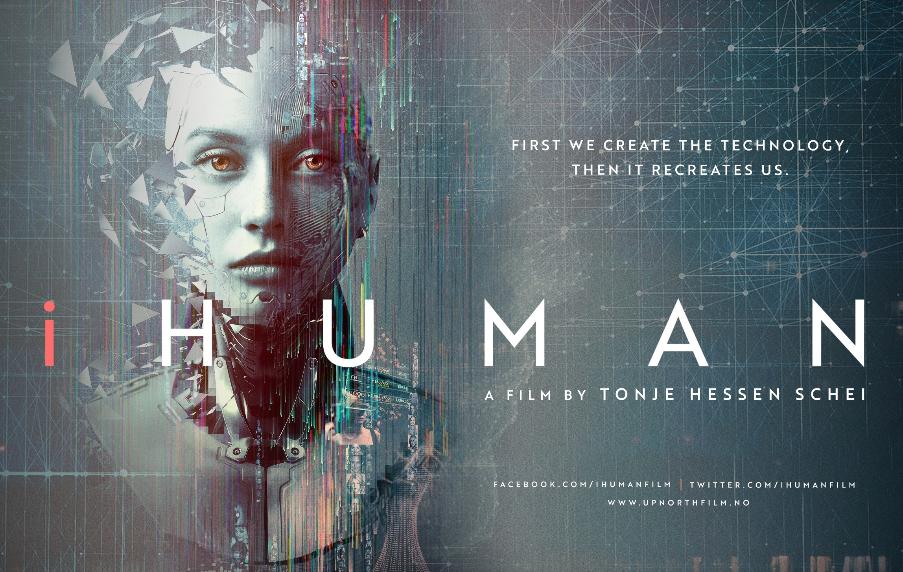 After watching iHUMAN and having a look at director Tonje Hessen Schei’s previous films, Play Again (2010) and Drone (2014), it’s fairly obvious where her opinions lies when it comes to modern technology and the use of it.

iHUMAN is an insight into how, according to those interviewed, AI (artificial intelligence) will one day become so powerful that it will take over the day to day tasks carried out by us mere humans. From driverless cars to self-automatous drones on battlefields the future and any decisions made in it will belong to AI.

If you have half an idea how companies like Amazon, Netflix, Google etc. work with their computer algorithms that target the individual then nothing in iHUMAN is really going to come as much of a surprise. Companies using algorithms to target individuals, wither it be to advertise products or political beliefs, isn’t really big news if you have half an idea how modern technology works.

Most of the interviewees chosen to give their views seem to be have been chosen due to their suspicion of AI and the companies that use it, rather unsurprisingly Google and Facebook get particularly bad press from whistle-blowers and human rights lawyers. A caption at the end that informs the viewer that Google and Facebook refused to comment only really reinforces the one-sidedness of iHUMAN.

iHUMAN certainly isn’t all bad, in amongst the doom-mongers there is some interesting information, it would just have been nice to hear a balanced discussion rather than have a parade of people painting a future that’s going to resemble something from The Terminator.