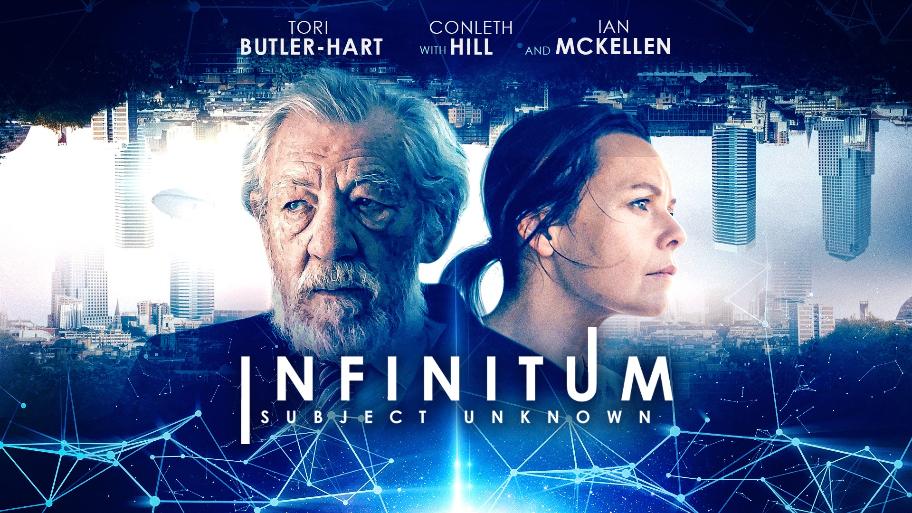 Shot within the confines of a pandemic lockdown, Infintium: Subject Unknown feels like one of the first genuine films to emerge during the Coronavirus pandemic, Locked Down starring Anne Hathaway and Chiwetel Ejiofor was another but that felt like a glossy Hollywood effort, and a not particularly good one at that. Shot on an iPhone with only co-writer and star Tori Butler-Hart and co-writer and director Matthew Butler-Hart on the set, everything else from the sound editing to the special effects was done remotely, Infintium: Subject Unknown is a great example of what can be achieved with just your imagination and a budget that wouldn’t even pay for Tom Cruises catering on a Hollywood blockbuster.

The plot, which bears more than a passing resemblance to, funnily enough, Tom Cruises Edge of Tomorrow, sees Jane (Tori Butler-Hart) waking up over and over again in a strange attic. It quickly becomes apparent to her that she’s stuck in a time loop and is being forced to live the same experience over and over again, the only variation being that for every journey back she manages to travel further forward in her time.

Managing to escape the confines of the attic Jane travels through a world that has come to a standstill, people are gone with the only sign of life being large Zeppelin type flying ships that pass overhead and the sounds of gunfire that permeate the night air. As more and more of her memory comes back to her Jane starts to have visions of not only herself in a different timeline but also a strange research centre that she feels compelled to find.

Tori Butler- Hart, who is on the screen herself for most of the running time, is fantastic in the lead role. Conleth Hill and Ian McKellen also pop up but their roles are no more than cameos and only amount to a few minutes of screen time.