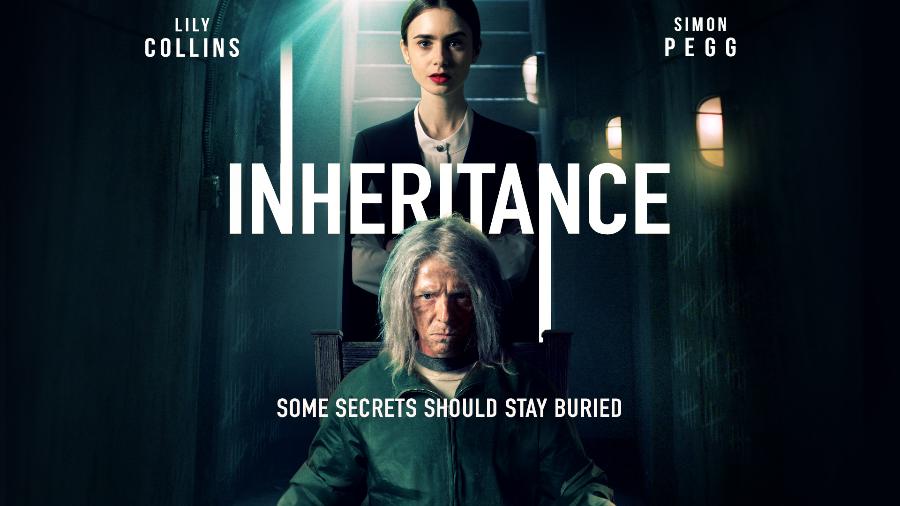 Inheritance begins with Lauren Monroe (Lily Collins), a successful New York District Attorney briefing a posse of media about a high profile fraud case that she’s dealing whilst her brother William Monroe (Chace Crawford), a congressman, is on a podium campaigning for re-election.

Things take a turn for the worse for the siblings after Lauren is told by the press that her father Archer Monroe (Patrick Wurbuton), a successful banker, has just been found dead.

Lauren it would appear as had issues with her father for years, especially over her career choice, and she had been left to feel that he’d always favoured her brother over her.

Her fears are confirmed when, at the reading of the will, her brother is left $20 million dollars and she inherits only $1 million and an envelope.

Taking herself away into another room she finds, inside the envelope, a key and a USB stick containing a video recorded by her father before his death. In the video her father explains that there is secret out in the garden, at a location only known to her, and under no circumstances must this secret be revealed to anyone.

The curiosity then gets the better of her and she ventures out into the garden only to find a hidden underground bunker.

As she gingerly makes her way through the darkened corridors she finds, chained by the neck to the ceiling, a grey haired elderly man (Simon Pegg).

Confronting the man Lauren finds that her father might not be the man that she thought he was and the implications could have far reaching consequences, not only for her, but also for the rest of her family.

This is Vaughn Stein’s second film as a director his first one, Terminal in 2018, which starred Margot Robbie was seen by hardly anyone but wasn’t anywhere near as bad as some reviews would have you believe. With Inheritance he manages to build the suspense and keeps us guessing until the end however he’s particularly hampered by a rather rollercoaster performance from his leading lady. One minute Lauren is a highly successful district attorney who takes no nonsense the next minute she’s a quivering wreck who flees from the slightest problem. This issue in fairness is probably down to the script rather than Collins acting ability. Of the two Pegg, who at times appears to have based his character on Hannibal Lecter, has the meatier part and he’s easily the best thing in the film.

Inheritance is not without its flaws however, even despite them, it’s an enjoyable thriller that’s certainly worth seeking out.