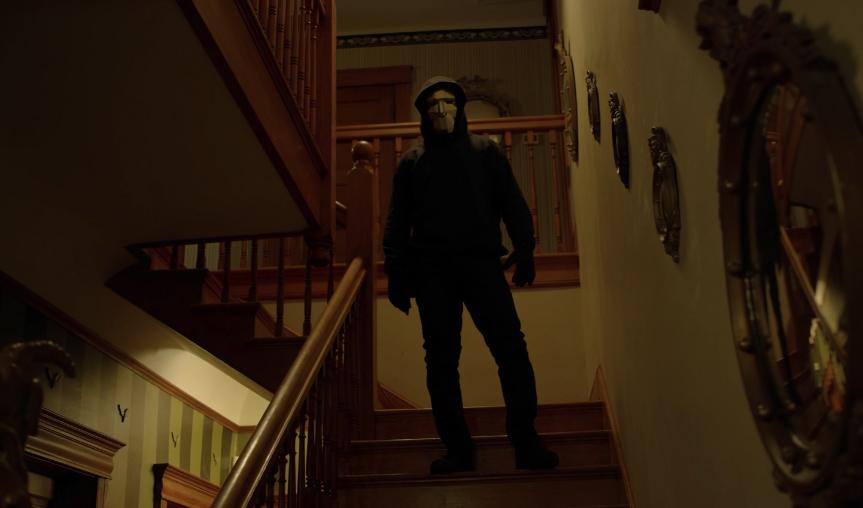 Sex, drugs and cyber-bullying collide in this edgy slasher about a cruel social media game that spins out of control. Initiation sees Whiton University unravel on the night a star-athlete is murdered in the wake of a buried assault allegation, kicking off a spree of social media-linked slayings. As a masked killer targets students across campus, a trio of sorority sisters races to uncover the truth behind the school’s hidden secrets — and the horrifying meaning of an exclamation point – before they become the next victims. A thought-provoking thrill ride starring Yancy Butler (Kick-Ass, Hard Target), Lochlyn Munro (The Predator, Riverdale), Jon Huertas (This Is Us), Bart Johnson (High School Musical) and Froy Gutierrez (Teen Wolf).