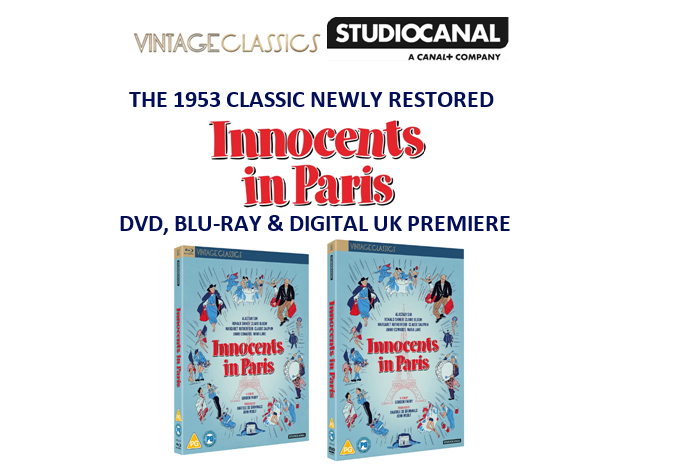 STUDIOCANAL has announced the release of a newly-restored version of the British comedy classic, INNOCENTS IN PARIS. Directed by Gordon Parry (Third Time Lucky, Now Barabbas) and starring Alastair Sim ( School for Scoundrels, The Green Man), this new restoration will be available to own on Digital,Blu-Ray and DVD fromMay 2 and on VOD from June 6.

This cinematic love letter to 1950s Paris nightlife features an outstanding supporting cast, including Ronald Shiner (They Drive by Night, My Wife’s Family),Claire Bloom (Clash of The Titans,The Kings Speech), Margaret Rutherford (The Happiest Days of Your Life, The V.I.P’s),Claude Dauphin (Barbarella, The quiet American),Jimmy Edwards (The Bed Sitting Room, Three Men in A Boat),James Copeland (‘The Saint’, The Private Life of Sherlock Holmes) as well as some notable cameos from the likes of Kenneth Williams (TheCarry On series), Laurence Harvey (The Manchurian Candidate, Room at The Top) andChristopher Lee ( The Wicker Man, The Lord of The Rings).

Marking the first time the film has been available to own on DVD, Blu-Ray and digital in the UK, INNOCENTS IN PARIS is part of the Romulus Film Catalogue. With brand-new bonus content the release is the latest addition to the VINTAGE CLASSICS collection.

INNOCENTS IN PARIS features a motley collection of British tourists on a wild and wonderful weekend in Paris, with each character finding that the city welcomes them and changes their lives in different ways.

An English diplomat (Alastair Sim) is on a working trip to obtain an agreement with his Russian counterpart; a Royal Marine bandsman (Ronald Shiner) has a night out on the tiles after winning a pool of the French currency held by all the Marines in his band; a young woman (Claire Bloom) is wined and dined by an older Parisian man (Claude Dauphin) who gives her a tour of Paris; an amateur artist (Margaret Rutherford) searches out fellow painters on the Left Bank and in the Louvre; a hearty Englishman (Jimmy Edwards) spends the entire weekend in an English-style pub; an archetypal Scotsman and Battle of Normandy veteran (James Copeland) finds love with a young French woman.

There’s a warning at the beginning of Studiocanal’s release of Innocents In Paris along the lines of this film was made in a different era and todays viewers might find the films content and views offensive or disturbing. It’s the same caption that proceeded the studio’s other recent releases, War Horse and Enemy Below, and whilst both of the aforementioned films, which were made in the same period, could be classed now as nothing but harmless entertainment, the same couldn’t be said for Innocents In Paris. Watching it now, nearly 60 years after it was made, Innocents In Paris was made in 1953, there’s just something creepy about it, particularly in the way females are portrayed.

All the male actors are old whilst all the female actors are young with most them being either French prostitutes or just sitting around so that the elderly cast of male actors can ogle them. The one female who isn’t a prostitute is a young woman (played by Clare Bloom) who has left England for the first time and has her heart set on seeing the sights of Paris. She’s no sooner arrived at the airport when, after missing her bus, she’s picked up by a dashing French man (Claude Dauphin). Whisked off in his car the Frenchman does indeed show her the sights of Paris and a bit more at that. Creepily Bloom was 21 and Dauphin was 52 and their age difference is only too apparent on screen.

Innocents In Paris is a film full of racial stereotypes, there’s the foreign salesman with a bad French accent selling trinkets in the street, there’s the Russian diplomat who drinks nothing but vodka, there’s the kilted Scotsman, the list goes on and on.

The Blu-ray comes with a couple of extra. In A Weekend To Remember Agnès Poirier discusses Innocents In Paris. From her discussion it’s hard to know if she really liked the film and it’s obvious that she is struggling to justify the films outdated attitudes. There’s also a set of stills included for your perusal.

As long as you’re not easily offended by old fashion attitudes Innocents In Paris is enjoyable and nostalgic look back to an era that’s now long gone. 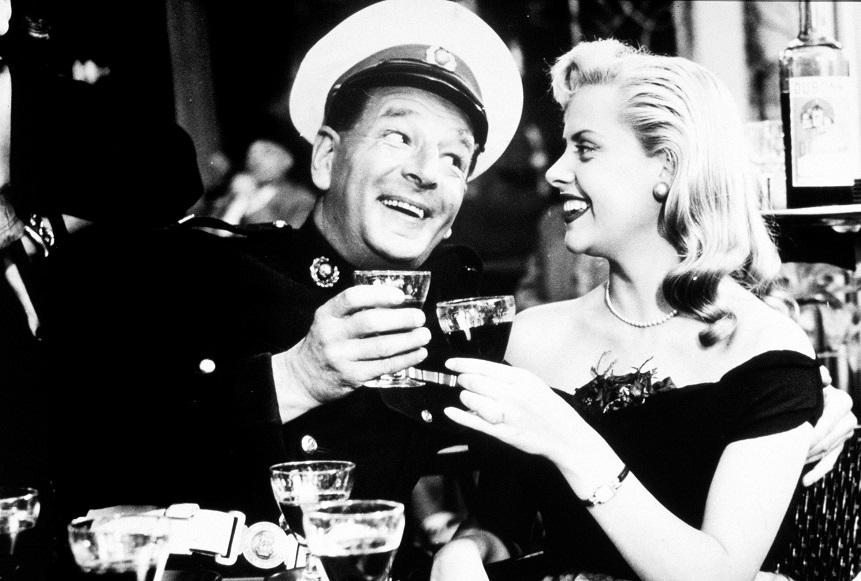 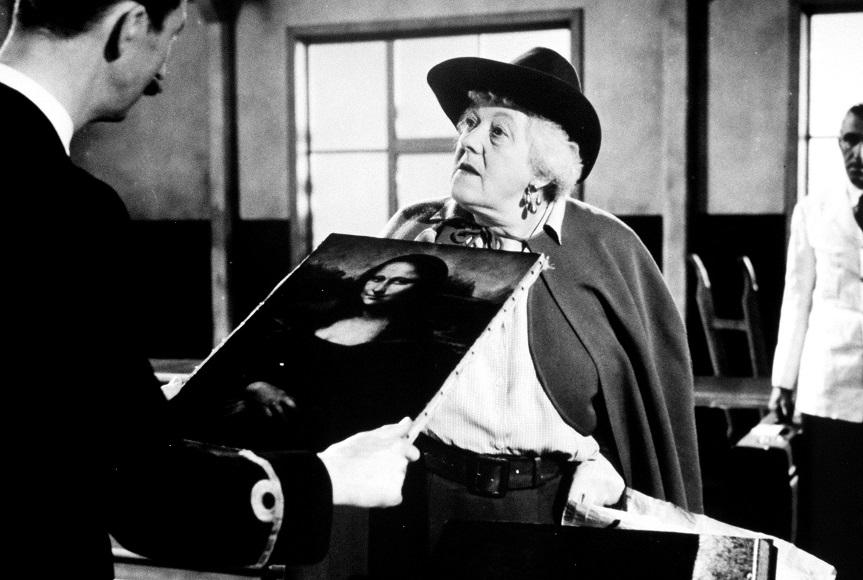