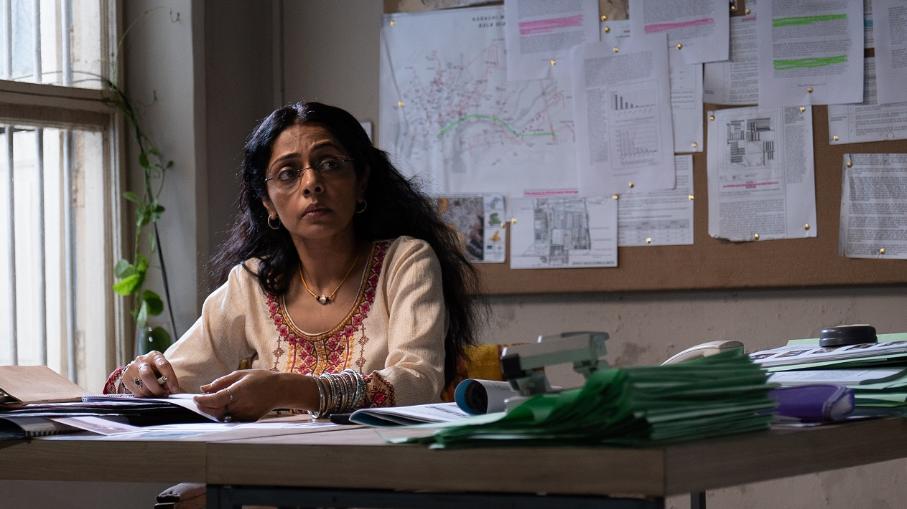 When activist Perween Rahman is murdered, her sister Aquila returns to Karachi, Pakistan to investigate, and finds herself caught up in powerful forces intent on stealing the city’s water. Based on a true story, INTO DUST follows the journey of awoman who worked tirelessly to protect the water rights of Pakistan’s poor and ended up making the ultimate sacrifice.

The emotional heart of the film follows Perween and Aquila and their respective battles for justice - Perween’s for local families being robbed of their essential water supplies, and Aquila’s for her murdered sister in the face of indifferent and possibly complicit officials. The bigger backdrop to the story is the growing crisis of the world running out
of fresh water, and the collapse of governance, growth of criminal networks and opportunistic greed and corruption, that comes with it. The United Nations predicts that over 5 billion people could be affected by water scarcity in just 10 years. The story of Karachi today is the story of Los Angeles and London in years to come if things don’t change. Goldman Sachs calls water the ‘oil of the next century’ and while some may get rich as the world’s supply dwindles, it will of course be the poorest and most marginalised communities who suffer. It's a travesty that the murder of Perween did not get the media and public attention it deserved in 2013. To ensure Perween's work has a global legacy, we have secured funding for a worldwide impact campaign around issues of water scarcity, corruption and the protection of local and indigenous environmental activists which will accompany the film’s release. Perween’s sister Aquila and her team in Karachi are a key
part of this, working alongside a team of US, Indian and Chinese impact producers. 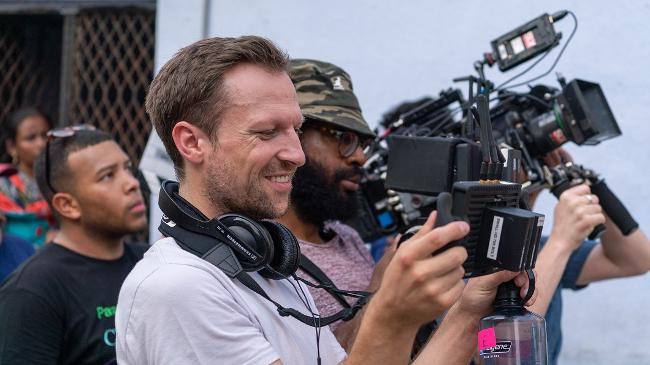 Orlando Von Einsiedel on the set of Into Dust