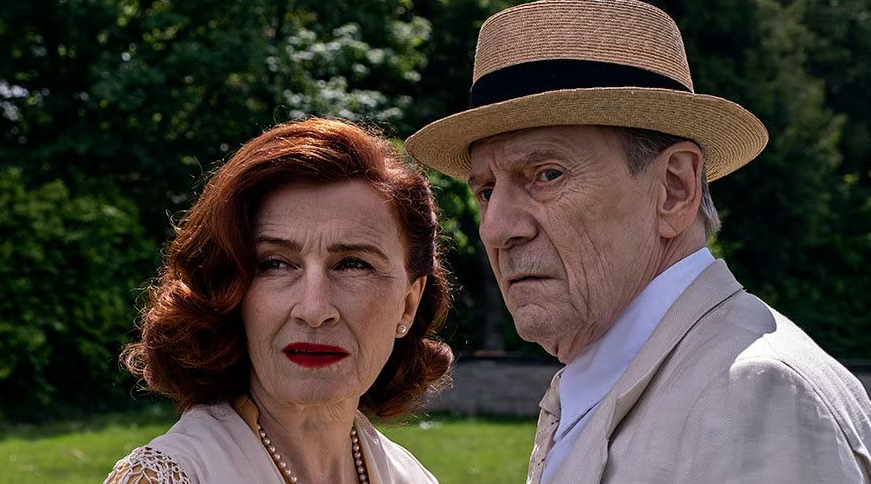 Quite why is a mystery as where 1917 was a thrill a minute fantastic piece of cinema, Into The Darkness plays like an extended Sunday night BBC TV drama, maybe that’s what the Danes like, each to their own.

The story follows the Karl family over a number of years during the German occupation of Denmark. Leading the family is the father, Patriarch Karl (Jesper Christensen). Patriarch runs an electrical company from a factory the size of a garage, why the Germans take such an interest, much to the dislike and disgust of Patriarch who doesn’t want to be part of the Nazi war effort, is a bit of a mystery.

Adding to Patriarch’s troubles one of sons (Gustav Dyekjaer Giese) joins the Danish wing of the German Army, his young daughter Helene (Sara Viktoria Bjerregaard) falls in love with a blonde haired blue eyed U-boat officer, his eldest son joins the resistance and his other 2 sons don’t do much except play in a band in a local café.

With its rather plodding and not very inspiring tale, it takes just over two and a half hours to tell virtually nothing, and an ending that feels as if someone’s just ended it at a random point in the story, Into the Darkness is one for a rainy Sunday afternoon.